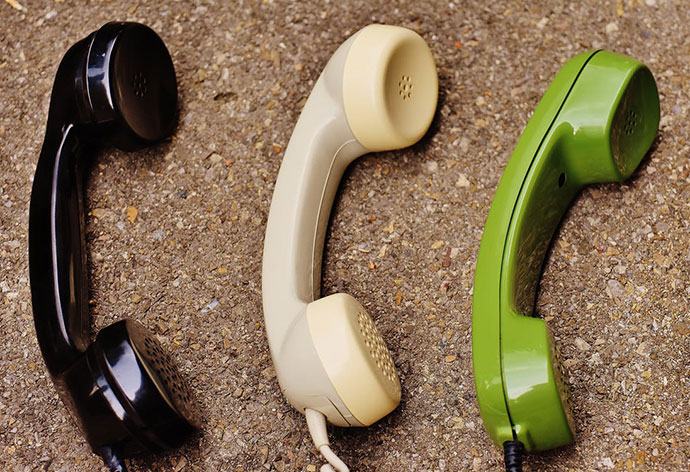 Imagine asking the question about 30 years ago, pre-email, social media and mobile phone? Unless you were content to live in seclusion and operate via post, you needed a landline and a telephone.

Then things changed, and telecommunications reached the 21st Century. No longer were we restricted to a single room to make our calls, at the whim of that annoying, winding cable. No, from now on we could communicate with people across the world, from anywhere in the world, and it wasn’t cripplingly or impossibly expensive.

Now, in 2017, many of us don’t even bother at all with a landline for our telephone calls, only using it at all for broadband. We text and tweet and use Instagram and Snapchat and view YouTube and Vimeo videos from anywhere and everywhere. 3G has been replaced by 4G, and that will be superseded by 5G in 2020 or 2022. This will then transfer itself to IoT because data transfer will be so quick that management of multiple devices will be possible. The latency – the time spent between sending data and a response to be returned – will drop dramatically. It’s believed that companies could spend up to $5 trillion on IoT in the next five years, to accelerate the takeover.

This is the technology we are using now, and it will only become more ubiquitous. According to research from Pew, 95% of the US population own a mobile and more than three-quarters own a smartphone. The latter figure is on a steep increase, to the extent that we’ll virtually all own smartphones sometime towards the end of the next decade. Other research, from the Joseph Rowntree Foundation, looked at which basic goods and services people feel they need in their lives; working adults without children largely deemed landlines as completely unnecessary.

There are ways to save money on your line rental, but there’s growing support for the move to ban telecommunications providers from charging homeowners for packages they don’t use when signing up for broadband. Indeed, one in five adults never makes fixed line calls, but still pay rental charges every month. The problem might be that if the costs for a landline are removed, companies might replace them elsewhere by charging more for other products.

Still, some people still cling to the ancient, analogue comforts of landlines, paying £25 or so for the privilege. Despite the fact that a simple mobile operates in largely the same way (but without the constraints) there are people who yearn for a time when we were ‘less connected’, when we picked up the receiver without knowing who was on the other end of the line, and didn’t look at the screen once every minute.

This fairly whimsical column in The Telegraph laments the passing of a time when we answered phones with our name and full number, and with a genteel politeness that no emoji could ever confer. Most of us don’t even know what anyone else’s number is anymore (leading to the horrified social media messages that occur sporadically, along the lines of ‘lost my phone so don’t have anyone’s number, can you send me them please’). One would be inclined to write off the noble landline completely but, then again, there are still consumers who only buy black and white television licences – so there might still be life in the old dog for a few years yet.