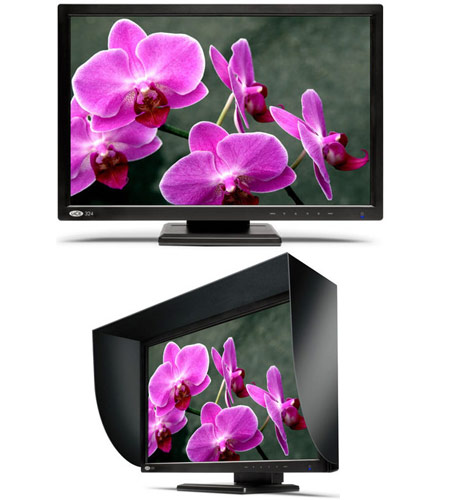 LaCie has announced its latest 24-inch 324 LCD monitor that is essentially aimed at creative professionals. The new display features an industry-leading S-PVA panel thanks to which the monitor exhibits breathtaking colors to its wide 92 percent NTSC gamut.

Furthermore, the new monitor supports high definition video up to, and including, 1080p sources. Featuring Faroudja DCDi and TrueLife video technologies, the quality of video content is superior. It also bundles noise removal and adaptive contrast features that accentuate the productivity of moving images further.

The LaCie 324 accepts four concurrently connected computers or video sources via its VGA, DVI and two HDMI ports, and supports HDCP for Blu-Ray and HD DVD compatibility. Out of which, two of the sources can be simultaneously seen in picture-in-picture mode.

A touch sensitive control panel, integrated three-port USB 2.0 hub and a speaker/headphone port are the other features that the all-new LaCie 324 LCD monitor pack in, thus making it possible for users to connect most peripherals directly to their display in an extremely convenient way.

Slated to launch by Jan-end, the LaCie 324 display will be priced at $999 onwards.