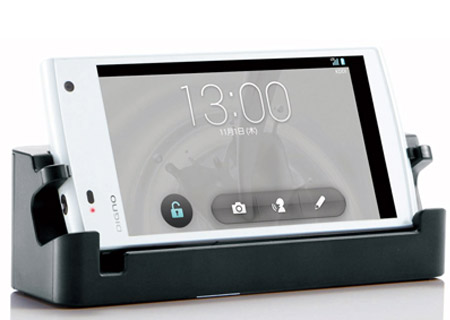 Japan has recently witnessed the debut of 2 high-end smartphones namely the HTC J Butterfly and Sony Xperia VL, and the latest entrant is the Kyocera Digno S. The third smartphone mentioned is the one of interest here and based on details provided by the Kyoto-based manufacturer, it runs on the Ice Cream Sandwich platform and packs in the company’s Smart Sonic Receiver audio technology.

In terms of dimensions, the device measure 66mm x 134mm x 10.8mm and tips the scales at approximately 157 grams. An HD TFT touch panel is placed on the front, spanning 4.7-inches diagonally. Taking care of the load is a MSM8960 dual core processor clocked at 1.5GHz and 1GB of RAM. Catering to hoarding needs is 16GB of built in ROM storage and a microSD card slot supporting a total of 64GB. An 8.08MP CMOS AF camera is fixed on the rear, while a 1.2MP snapper is positioned on the front. 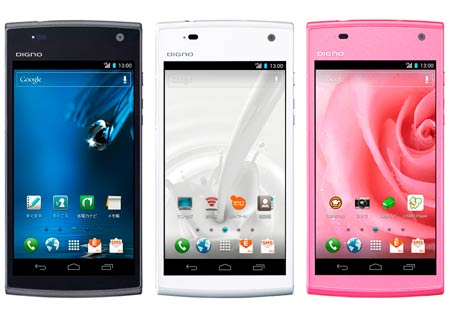 The battery employed here has 2,520mAh capacity, which is a tad lower than the one fitted within the Motorola Razr HD. On a single charge, the device is capable of delivering approximately 1,110 minutes of talktime or 720 hours of standby over 3G. When operating on a 4G LTE network, the standby time drops down to 580 hours. What’s more, the company has included its rapid charging feature that should get the power pack at 50 percent capacity in about 30 minutes.

The essential Kyocera Digno S information is still pending in terms of an official price and release date. What’s known for now is that the smartphone will be available in Japan through KDDI in color options of black, white and pink.