Kyocera Brigadier packs a sapphire display and other rugged features

Kyocera has been teasing a sapphire-screened smartphone on YouTube and a latest leak has unmasked the device as the Brigadier. The handset is said to be headed to Verizon in the US and it’ll most likely be exclusive to the carrier, but no release date information has been provided as yet.

What’s interesting is that this isn’t the first time we’re hearing about the Kyocera Brigadier. Leak artist @evleaks tweeted an image of the device with Verizon branding way back in April. Pocketnow has now connected the dots based on information provided by its sources and has also disclosed some of the handset’s key features. 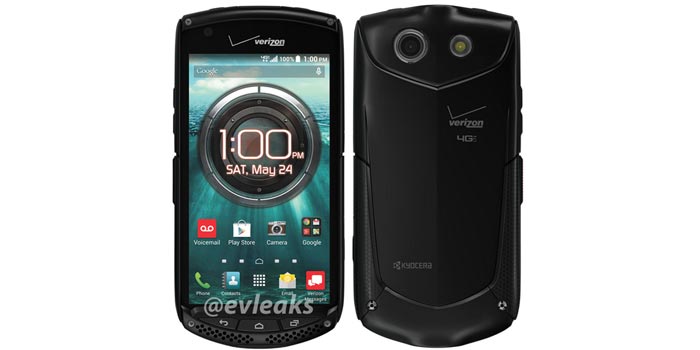 As is evident from the above image, the Brigadier is going to be a rugged smartphone and it wouldn’t be the first from the company. The most interesting feature is the display that’s supposedly made from pure sapphire. The OEM is referring to it as the Sapphire Shield, but no in-depth details about its toughness have been disclosed.

Assuming that it’s really made from pure sapphire, the screen will be much stronger than the iPhone 6’s glass panel. Additionally, the smartphone is US MIL-STD-810G-rated as well as IP68 dust- and water-resistant which means that it can be submerged at up to six feet for half an hour.

The Kyocera Brigadier could go official any day now and it’s likely to carry a premium price owing to the pure sapphire display.