Another durable smartphone from Kyocera will apparently be on offer through Verizon in the form of the Brigadier. Nothing apart from its name and its exclusive carrier is known about this device as yet, but it’s expected to be a mid-range gadget which will carry on it the company’s trademark rugged attributes.

In the west, Japanese brand Kyocera is known for offering durable and water-proof smartphones through prepaid US carriers as well as via Verizon and Sprint. These include the recently launched Hydro Plus as well as last year’s Hydro Edge.

All these smartphones fall in the mid to low range in terms of price. Although EvLeaks has not mentioned any details about the Kyocera Brigadier, we can speculate some important aspects about it.

Keeping with its trademark as well as the current market trend, Kyocera will most probably infuse this smartphone with water and dust resistance attributes. This device could even be a successor to the Hydro Elite which is being sold now equipped with a 4.3-inch HD display, a dual core processor and other mid-range specs. 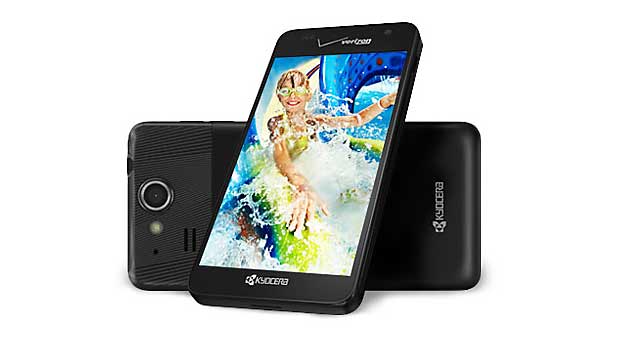 Like we said, very less is known about the Kyocera Brigadier at the moment. However, the leak could mean that the company might be close to unveiling the device. So stay tuned if you’re interested.