Kreeda Dance Mela MMOG brings out the Dancer in You: Review 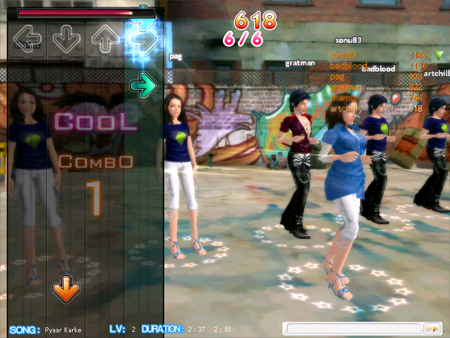 Massively Multiplayer Online(MMO) games have become all the rage these days. Initially, we had such games limited to just a few genres like action, fighting and flight combat simulation. As time went by and MMOs began to spread out across various genres, new acronyms started to develop, one of which is MMODG which stands for Massively Multiplayer Online Dance Games. A perfect example of this genre would be a game that TechShout very recently got a chance to review Dance Mela by Kreeda, an India-based gaming company.

From the name itself, one can just imagine the game to be full of song and dance. And, that’s exactly what Dance Mela is all about. But, it does not stop here, for there are many facets of Dance Mela that you will keep on discovering as you embark on this musical journey.

Once the game is installed, registered and signed up, you’re ready to go. Already charged up with the title track of the game called Dance Mela, which has been scored by none other than DJ Whosane himself, I decided to make my way in the virtual rooms.

Firstly, you must know that Dance Mela can be played using the keyboard or a dance mat which costs Rs.999. The game itself can be downloaded for no cost at all from Kreeda’s website or can also be purchased as a CD for Rs.99. It’s very reasonable considering the infinite possibilities that one encounters while playing the game!

If you are a first timer, with two left feet like me, you might want to join the in-game “Nachle Ve” class which has a virtual Saroj Khan teaching the less-talented ones to groove with ease.

You must know that when using the keyboard to “dance”, you are not actually dancing in the real world; rather, it’s just your avatar who will be moving because of your quick matched movements on the keyboard with the on-screen arrows. Using A (for left), S (for down), up cursor (Up) and right cursor (Right) you will have to match the moving arrows that go according to the song’s beat. But, if you are using the dance mat, you’ll be toned in no time, jumping up and down and left and right, moving your feet in unison with the on-screen arrows.

Feeling much more confident of my “keyboard” moves, I proceeded to the beginners Dance Zone. I figured that I would probably make a huge fool of myself in the Advanced Zone and also decided to save the Competition Zone for later once I became a master of my moves.

There’s a huge choice offered in the Settings section, where you will be able to choose from Multiplayer Mode, River Mode, Boys vs. Girls and Lovers Mode. In this zone, you can choose a song from the endless list of hit Bollywood numbers to dance to. Soon you and your group of friends will dancing on a beach in Goa or in a host of other locations ranging from castles to boats to graffiti-sprayed by-lanes!

Ready to shake a leg, I created my own room, and in no time I had company in the form of a chic-looking mini skirt clad girl and a boy who looked like a hip-hop mogul straight out of a music video complete with a fur coat! This time, I chose to dance in the underwater location, right next to the bones of a huge whale. The beats began, and my fingers darted wildly across the keyboard, beat matching to the core. As soon as I missed a few beats, my avatar sopped dancing, but in no time I got it all right and started grooving again.

The movements of your virtual character will surely impress you as they are very lifelike and you can learn a number of amazing dance moves just by watching the gameplay. If your timings are correct continuously, then you have combo points coming in your account. 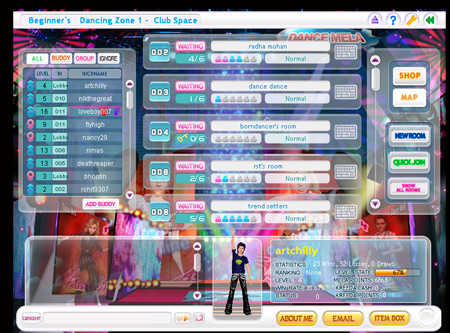 Using the Map function, you can access a number of locations including your home, the main Lobby, a wedding house for you and your partner to get married and a Family Room. In your room, you have an iPod to listen to music, a laptop for sending/receiving in-game mails and chatting as well as a wardrobe to store your newly purchased clothes. 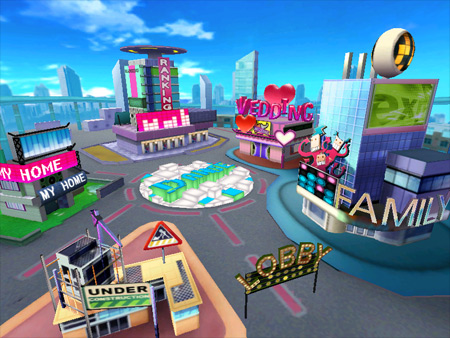 Also, when you haven’t been dancing for a few days, your in-game avatar tends to pile on the kilos, and hence you need to keep dancing. Or if you have enough money in the game you can always purchase a slimming potion. Perhaps, if you are lucky, someone generous might even gift such a potion to you!

Be prepared, because once you start playing Dance Mela, you are bound to get addicted to it, trying to increase your points with each new dance. When you have reached a certain score, you move up to a new level. Also, you can redeem your Mela Points for Kreeda Cash and purchase some amazing clothes, accessories, shoes and even a new and stylish haircut for your avatar. This seems to be the best part of the game! 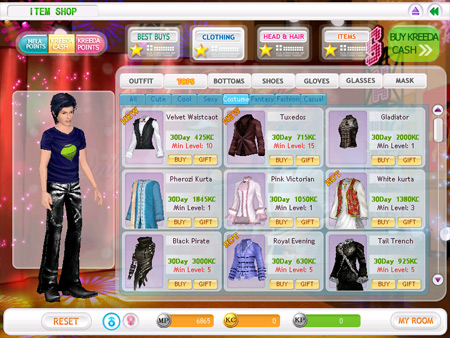 Using the dance mat to play Dance Mela is a whole lot of fun because it’s the closest one can get to actually dancing! Just make sure you have a high enough ceiling because the game involves a lot of jumping.

Initially, I found the game to be really easy. But once I actually progressed to level 2 and above, I took back my words and have been trying to cross level 5 ever since!

Other than dancing, you can also check out and participate in quizzes, talk shows and other events that are held by Dance Mela players and administrators on a daily basis! You can also meet a lot of people from all over the world in this game, and can chat with them, send them gifts and so on. Basically, you never what can happen here. Be prepared for anything!

Kreeda is currently working to bring out new features in the game, and the game is constantly updated with newer songs, clothes and accessories. Click here, to read an exclusive interview with Kreeda’s CEO Quentin Staes-Polet who lets TechShout in on the game.

All in all, Dance Mela is one game which will allow you to live a “second life” in the virtual world as a dancing queen or dancing dude!