Kodak has officially joined the smartphone race with the new IM5

Kodak is a well known photography brand and it has decided to release its very own Android smartphone dubbed the IM5. Now, unlike other companies specializing in imaging, this one hasn’t given its handset any unique camera-centric features, but has followed the standard formula while designing the device.

The Kodak IM5 is a normal smartphone targeted at everyday users and it offers a pretty decent design. The company has given the phone a simple look with a 5-inch display on the front surrounded by slim bezels. The thickness doesn’t appear to be much either, but we’re still to receive an official measurement. 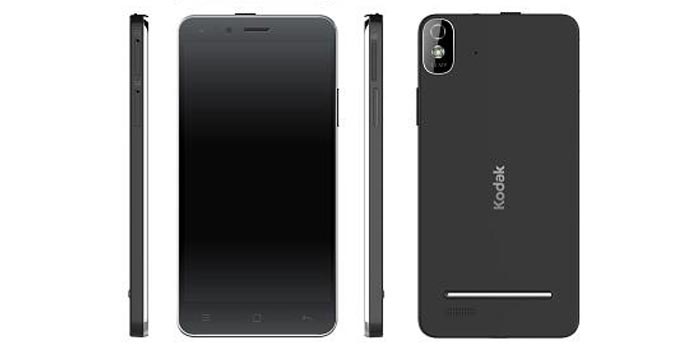 The screen is a 720p HD IPS panel and shares the front with three capacitive buttons and a 5MP selfie camera. And on the flip side, Kodak has included a 13MP shooter with LED flash and its own image management software. Android 4.4 KitKat is what runs the show and there’s a promised update to Lollipop.

The IM5 also comes with its own dedicated app store filled with hand-picked applications and you’ll have access to Google Play too. There’s a custom UI baked in as well, which is said to be intuitive. Coming to the main hardware, the phone gains steam from a 1.7GHz octa core processor and offers 1GB RAM as well as 8GB internal storage.

You’ll find a full list of specs on the Kodak IM5 below:

The Kodak IM5 is scheduled to go on sale across Europe late March for €229. It will also be made available in the US and other locations around the globe.