Kobo has just outed a new eReader named Glo HD which is giving Amazon’s Kindle Voyage a run for its money by offering similar features at a much lower price. This 6-inch slate manufactured by the Canadian giant will be made available at $129.99, while the Amazon product is currently being sold at $199.99.

Pre-orders for the Kobo Glo HD will commence in the company’s home country today, while those residing in the US will be able to book their orders online from April 24 onwards. May 1 is when it will begin its official rollout in nations from all over the world. 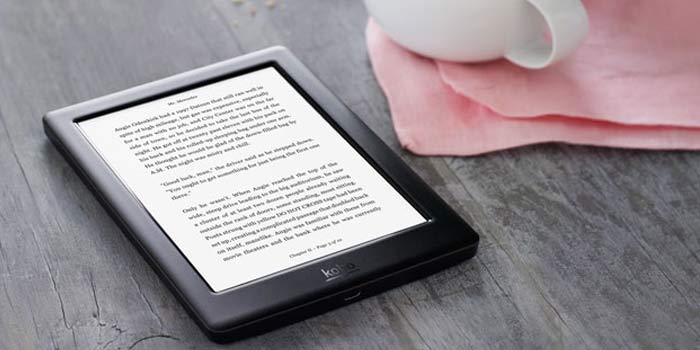 The Glo HD eReader has been equipped with a high-resolution 6-inch display which showcases its visuals in at 1448 x 1072 pixels. This brings the pixel density count to 300ppi which is same as that of the newly introduced Amazon Kindle Voyage.

Enclosed in a 157 x 115 x 9.2mm body, this gadget features 4GB of storage which is enough for fitting 3000 eBooks at a time. While Wi-Fi support is present on this Kobo eReader, there’s no cellular connectivity for owners to exploit.

A 1GHz processor powers the Glo HD which is able to dish out up to two months of battery life. Weighing in at 180 pounds, it kicks in a special built-in light that’s meant to make reading at night an easy experience. Other features of this device include a built-in dictionary, in-text annotation and a specialized homescreen.

With the Kobo Glo HD having entered the fray as a challenger to the Kindle Voyage now, it remains to be seen whether the new product is able to disturb the dominance of the Amazon device or not.