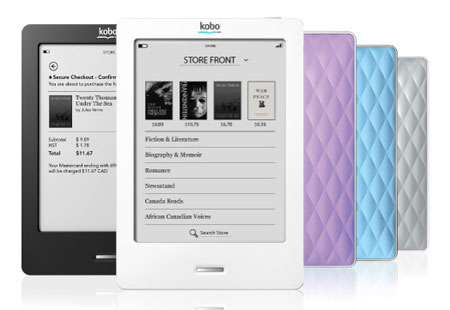 The Kobo eReader Touch which was launched in the US last year is soon to land in Japan. The device has now gone up for pre-order in the country and is expected to debut through the Rakuten online shopping mall and various e-retailers.

The company plans on making available a wide catalog of content in the Japanese script by the year’s end. They include novels, essays and comic books along with other exclusive stuff accessible only through Kobo. The eReader has the capacity to store up to 1,000 books through the integrated 2GB storage or approximately 30,000 via a 32GB SD card.

“Kobo will offer a robust lineup of Japanese titles, including novels, essays, business and comic books, in addition to the 2.5-million titles available in Japan. The Kobo Japanese catalogue will contain a wide assortment of titles by year end, including exclusive content only available through Kobo,” states Sharon Fernandes, Online Communications Manager at Kobo. 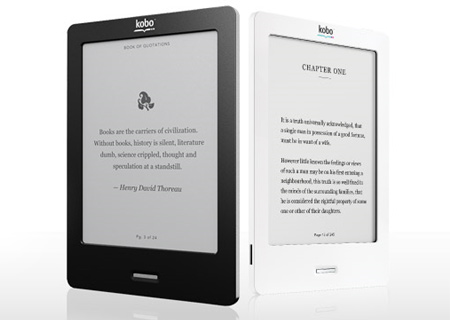 Where specifications are concerned, the device is built around dimensions of 114mm X 165mm x 10mm. Weighing just about 185 grams, a 6-inch Pearl eInk display is allocated to the front, while a Freescale 508 processor is employed to power up the eReader. Through Wi-Fi connectivity, users will be able to access the online store from almost anywhere.

The Kobo eReader Touch price in Japan amounts to ¥7,980 or US$100. The company has not only made the device available for pre-order in the country, but also plans on rolling out a fully localized experience to users when it launches on July 19, by offering Japan-based content and authors through the kobo.rakuten.co.jp website.