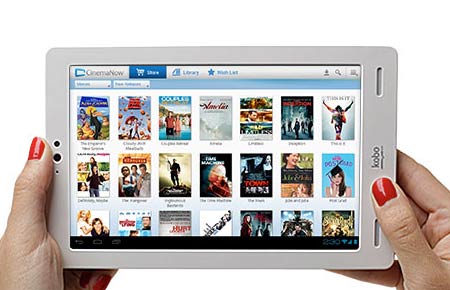 Kobo states that its device is Google-certified and it runs on a fully customizable version of the Android Ice Cream Sandwich. The company also goes on to say that it is Jelly Bean ready and an update is in the works. So apart from reading, users will have access to a wide catalog of applications on the Play store. There’s a bunch of pre-loaded apps which include Facebook, Twitter, Rdio, Zinio and PressReader for quick access right out of the box. The slate comes in flavors of 16GB, 32GB and 64GB and it gains steam from a dual core processor clocked at 1.5GHz and dual core graphics. 1GB of RAM is employed to ensure smooth operations through the Tapestries interface. 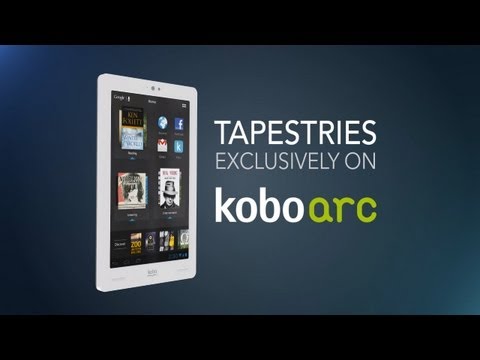 The front dons a 7-inch multi-touch IPS panel with an HD resolution of 1280 x 800p and a pixel density of 215ppi. Located above the screen is a 1.3MP 720p HD AF Skype certified camera for video conferencing, while dual speakers aim to deliver rich audio output with help from SRS TruMedia. In terms of dimension, the slate measures 189mm X 120mm X 11.5mm and it tips the scales at 364 grams. It is said to be capable of delivering 10 hours of reading or 2 weeks of standby on a full battery. 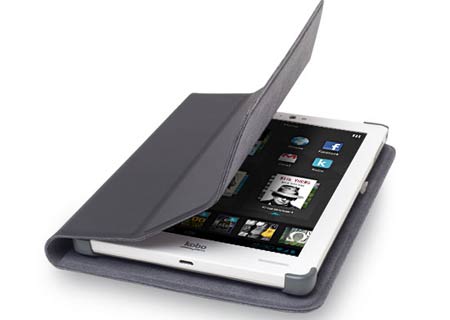