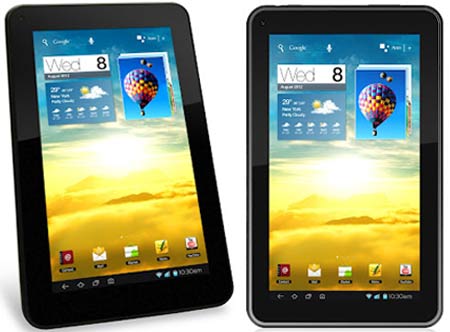 The Mercury mTab7 price in India as well as its availability details have just been revealed for those who wish to lay their hands over a low-cost slab for under Rs. 6,500. The device treats users to the Android Ice Cream Sandwich platform.

This sleek slate’s front panel is dominated by a 7-inch capacitive multi-touch panel, while its slim profile houses a 1.5GHz Cortex A8 processor under the hood to ensure multitasking on the move. The device packs in 512MB of RAM and 4GB of internal storage as well as an expansion slot to increase the memory by up to 32GB with a little assistance from a microSD card. Its built-in Wi-Fi comes in handy for wireless internet connectivity if there’s an available hotspot. 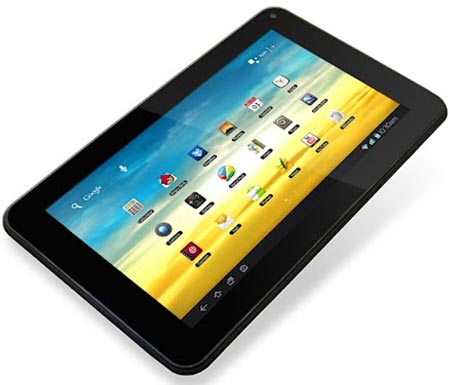 The easy-to-handle Mercury slab tips the scales at merely 300 grams and it claims to come with extended battery backup, allowing users to listen to music, watch videos, play games and surf the web for a relatively long period of time. Moreover, it features Adobe Flash 11.1 and extends support to 3G network, but with the help of an external dongle. The HDMI-certified tablet has a 0.3MP camera on the front for capturing pictures, videos as well as for face-to-face conferencing over the web. An HD speaker has also been thrown into the mix.

Retailing at Rs. 6,499, the Kobian Mercury mTab7 is backed by a one-year warranty. It is now available ex-stock. 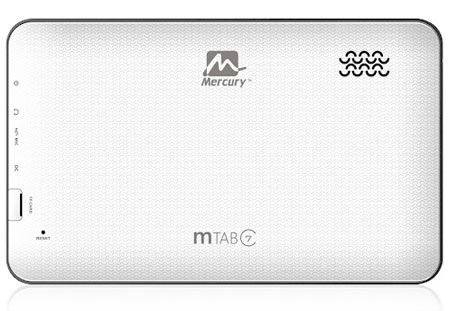