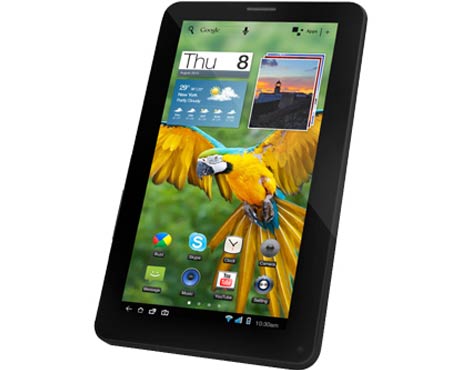 Kobian has announced the launch of another budget-friendly tablet called Mercury mTab 7G in India and has refrained from attaching a hefty price tag to it. The slate’s release date has been set for later this week.

The Kobian Mercury mTab 7G arrives with support for both 2G and 3G mobile networks so users do not have to rely on external USB dongles for internet connectivity. It has built-in Wi-Fi IEEE 802.11 b/g/n as well, for access to web through a hotspot. And as the device has a dedicated SIM card slot, customers can easily make voice calls using it.

Although the slate tagged with a budget-friendly price, operates with the assistance of the Android platform, it fails to bring the latest iteration of the OS to the table. Users will have to make do with Ice Cream Sandwich version 4.0.4. Its internal system works under the supervision of a Cortex A8 core processor capable of clocking in a maximum speed of 1.2GHz and 512MB of RAM. 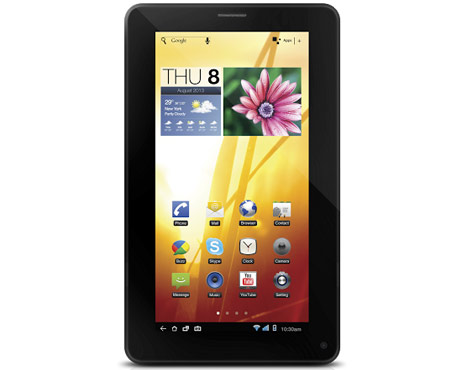 As for the display of the device, it employs a TFT capacitive one that offers a multi-touch real estate of 7 inches. The screen with an aspect ratio of 16:9, can deliver visuals in 800 x 480p resolution. Its front side also plays host to a 0.3MP webcam, while the rear panel is accessorized with a 2MP camera meant for capturing pictures and videos. The ‘ultra thin’ tablet tips the scales at merely 300 grams and measures 10.8mm in thickness.

The slab loaded with Flash 11.1 Online Video, has 4GB of onboard memory and a dedicated expansion slot to increase it by up to 32GB with the help of a microSD card. A mini USB port and a 3.5mm audio and microphone combo jack have also been carved into the chassis along with a DC output. Moreover, it is pre-installed with applications like Kingsoft and Spuul for keeping customers productive as well as entertained on the move.

The Kobian Mercury mTab 7G will be up for grabs from May 25. Its price amounts to Rs. 7,799 and it is accompanied by a tablet case cover with keyboard worth Rs. 899. 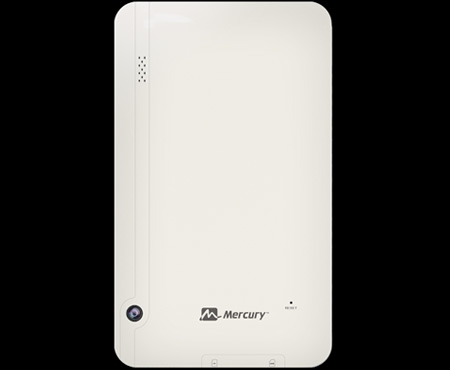 Key specifications of the tablet: