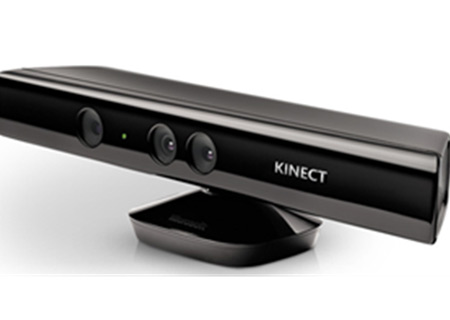 With the introduction of Kinect for Windows, those on Microsoft’s OS are likely to get in on the action that Xbox 360 owners are already entitled to. The company plans on creating a development platform from which users should be able to avail of an enhanced experience that’s derivable through the combination of this hardware and appropriate software implementation.

Pushing the punch line ‘You are the controller’, this piece of hardware is fitted with a 3D sensor for capturing and deciphering gestures as well as a microphone for receiving voice commands. Through these components, Microsoft states that the software employed within this device is capable of understanding specific movements from a wide range of possible shapes, sizes and actions of actual people. Talking about Kinect for Xbox 360 consoles, around 18 million units were apparently sold in the past year itself. 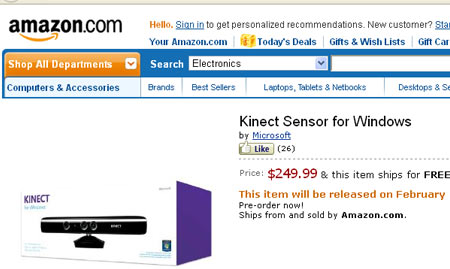 “We are excited for the new possibilities that Kinect will enable on the Windows platform, and to see how businesses and developers reimagine their processes and their products, and the many different ways each Kinect could enrich lives and make using technology more natural for everyone,” stated Craig Eisler, General Manager, Kinect for Windows.

The Kinect for Windows price tag reads at $249 and it can already be pre-ordered via Amazon. Starting 1 February, 2012, the device as well as its companion software will be available in 12 countries including the U.S., Australia, Canada, France, Germany, Ireland, Italy, Japan, Mexico, New Zealand, Spain and the UK. Additionally, it will initially be rolled out in limited quantities through various resellers and distributors.