Kinect for Windows finally ready to be shipped 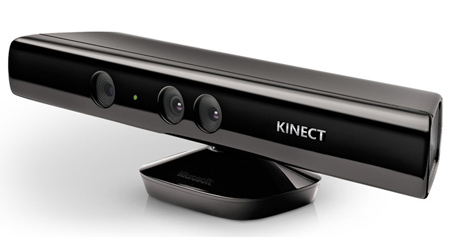 For the fan communities keeping a keen eye on the Kinect for Windows progress and anticipating a chance to lay hands on it, the wait is finally over. This latest offering from Redmond has now been made commercially available and can be grabbed through the Microsoft online store as well as Amazon website.

At the CES held earlier this year, the company had announced that it would officially roll out the device on February 1, while putting it up for pre-order in January. We have also seen two beta SDK releases since the news of its development hit the web. The recent launch brings in the 1.0 SDK and runtime. This update is also expected to witness some welcome overhauls since the last SDK was thrown open, conveys a post on the official Kinect for Windows blog.

“It’s been just over a year since we launched Kinect for Xbox 360, and we’re only starting to scratch the surface of what’s possible with Kinect,” expressed Craig Eisler, general manager at Kinect for Windows. “By offering hardware and software that’s designed specifically for Windows applications, we hope to inspire visionaries around the world to create transformative breakthroughs with Kinect—taking its gesture and voice capabilities beyond the living room into other industries such as education, manufacturing, healthcare, and retail.”

Along with the announcement, Microsoft has even talked about the introduction of a commercial program in this concern. The company is encouraging businesses all around the world to take part in the venture by developing applications to support the ecosystem. The early adoption program is said to have already enlisted the contribution of 300 such organizations from across the globe.

The Kinect for Windows price tag reads $249.99. When we last checked, the Microsoft Store displayed an ‘out of stock,’ but Amazon still has some units to proffer. The coming months will also see this product release with a special pricing of $149, for Qualified Educational Users.