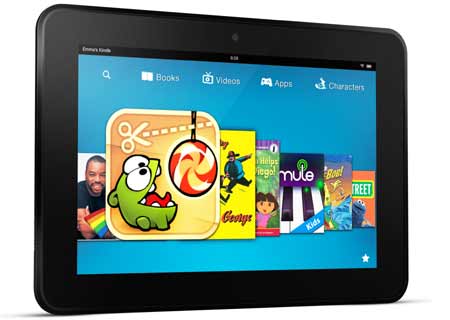 The Kindle Fire HD price and release date details have gone live along with technical specifications hinting at what the new lineup is capable of. Previously speculated as the Kindle Fire 2, Amazon’s latest tablets will cater to 2 different segments through a 7-inch variant and an 8.9-inch slate.

The second iteration to the 7-inch category takes on a host of improvements compared to its predecessor. The device flaunts an HD IPS display, just as its name suggests, proffering a resolution of 1280 x 800 pixels. It measures 193mm x 137mm x 10.3mm in dimensions and fits in a dual core 1.2GHz OMAP4460 processor coupled with PowerVR graphics. Users can expect over 11 hours of battery life on a single charge which takes approximately 4 hours to complete through the Kindle PowerFast charging accessory. This Android tablet packs in Wi-Fi connectivity for web browsing and streaming content online. 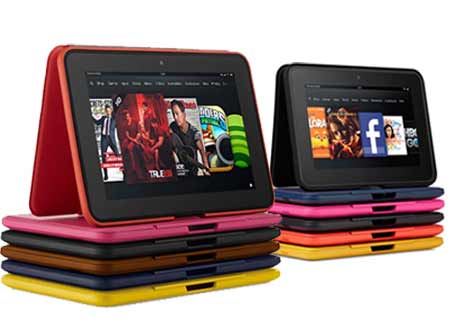 “We’re taking on the most popular price point for a tablet, $499, but doubling the storage and incredibly, adding ultra-fast 4G LTE wireless,” said Jeff Bezos, Amazon.com Founder and CEO. “Kindle Fire HD is not only the most-advanced hardware, it’s also a service. When combined with our enormous content ecosystem, unmatched cross-platform interoperability and standard-setting customer service, we hope people will agree that Kindle Fire HD is the best high-end tablet anywhere, at any price.”

The 8.9-inch Kindle Fire HD comes in 2 variants, namely Wi-Fi-only and 4G LTE. Both slates are bundled with the same set of specifications apart from the connectivity difference. They include a 1920 x 1200p IPS display, Dolby Audio through dual stereo speakers, dual core 1.5GHz OMAP4470 processor from TI and SGX544 3D graphics that’s said to have 40% more memory bandwidth than the Tegra 3. 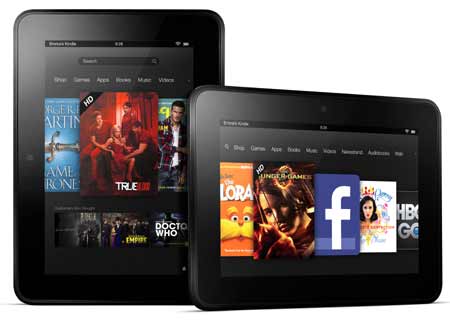 The Kindle Fire HD price and release date details are as follows – the 7-inch version will cost $199 for 16GB of storage and $149 for 32GB. The 8.9-inch 4G LTE slate holds a $499 and $599 price tag for the 32GB and 64GB models, respectively. The 16GB Wi-Fi-only variant can be picked up for $299 or $369 for 32GB. These devices are now available for pre-order through the retailer’s online stores. The smaller variant will start shipping on September 14, while the latter one will hit stores from November 20, 2012, onwards.