Kindle Fire HD, HD 8.9 up for pre-order in 170 countries across the globe 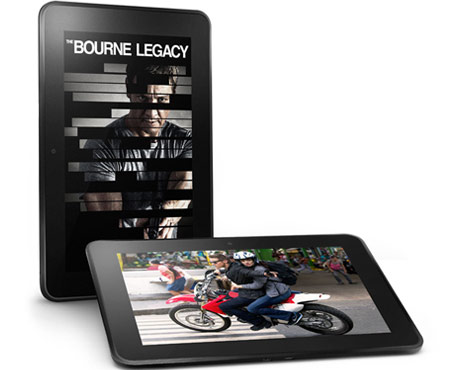 Amazon has announced that the Kindle Fire HD and Fire HD 8.9 tablets can now be pre-ordered in as many as 170 countries across the globe for a starting price of $214. They will start shipping in select regions from June 13 onwards.

The Amazon Kindle Fire HD and its 8.9-inch version were introduced months ago, but they are now selling in a number of nations across the world for a slightly lesser price. Apart from reading books, the devices can be used for the purpose of browsing the web, playing games, watching movies and more. They employ HD IPS touchscreens with Advanced True Wide polarizing filter and a customized laminated sensor which claims to cut down the glaring effect by up to 25 percent. The former 7-inch slab renders visuals in 1280 x 800p resolution, while the latter featuring an 8.9-inch display boasts of a resolution of 1920 x 1200 pixels. 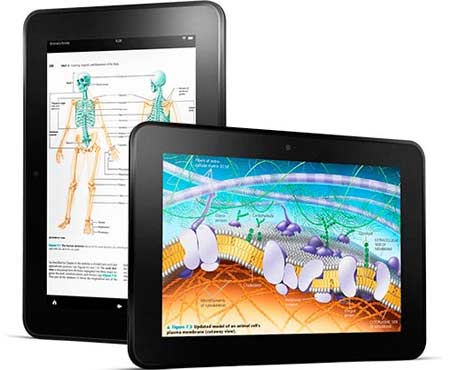 Featuring dual-band, dual-antenna Wi-Fi, the Fire HD slates have been loaded with Custom Dolby audio and a couple of stereo speakers for better audio reproduction. A front-mounted HD webcam comes in handy for capturing images and video, while the built-in power pack coughs up the juice for battery life of about 10 hours on a single charge. Basic features like email, calendar and contacts can also be found in these devices. 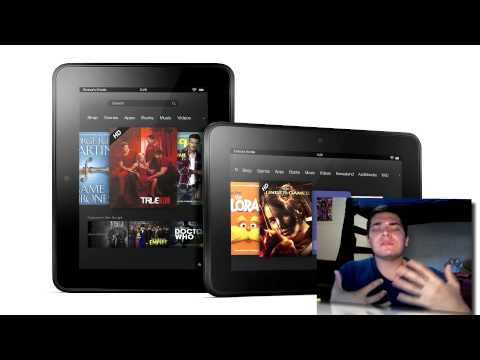 The exclusive Whispersync technology is present for voice as well as games and customers can synchronize books on various compatible gadgets or platforms. One of the key advantages is that these tabs arrive pre-registered and thus can be directly used for accessing digital content and shopping for books, games and more. There’s Bluetooth for pairing up the Kindle devices with compliant peripherals and speakers and HDMI for tethering them to a big screen TV.

Moreover, the larger slate hides an OMAP4 4470 processor and an Imagination SGX544 GPU for multitasking properties and improved graphics. It measures merely 8.8mm in thickness and tips the scales at around 20 ounces. Both devices come with either 16GB or 32GB onboard memory and provide free cloud storage to save content downloaded from the company’s app store. 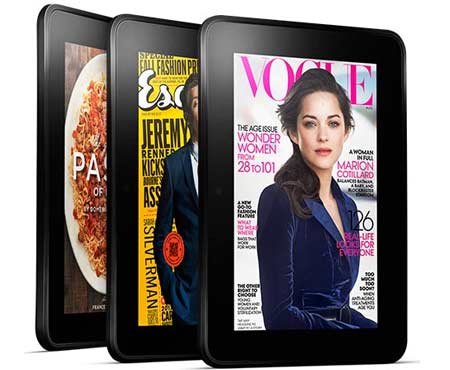 The Amazon Kindle Fire HD can now be pre-ordered in over 170 countries through the official website for a price of $214, whereas the Fire HD 8.9 requires users to shell out at least $284.