The Kindle Fire HD 8.9 was subjected to price cuts in India back in October for a limited time and now the company has decided to permanently sell the gadget for the discounted rates. So the 16GB version of the device that was released at Rs 21,999, has been reduced to Rs 17,999, whereas the 32GB variant will now set you back by Rs 21,999, instead of Rs 25,999.

In case you are interested in the 7-inch Kindle Fire HD, you can lay your hands on it for a reduced price as well. The 16GB version is now available for 11,999, but the 32GB one was out of stock when we last checked. It looks like Amazon is planning to launch the HDX series in India very soon. 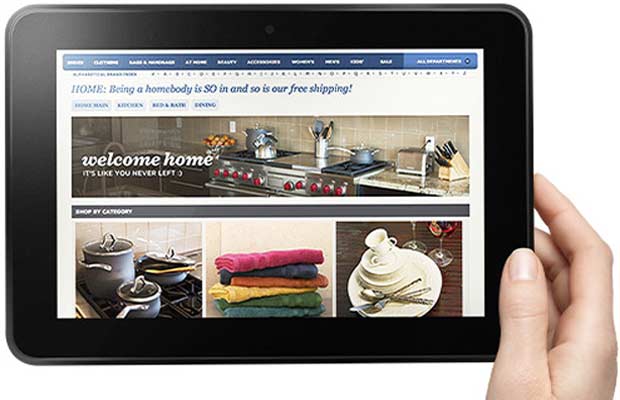 Coming back to the Kindle Fire HD 8.9, it shows off a capacitive IPS touchscreen with advanced polarizing filter and anti-glare technology, capable of rendering visuals in 1920 x 1200p resolution with a pixel density of 254ppi. Its battery can provide about 10 hours of reading time or web surfing time over Wi-Fi on a single charge. An HD camera has been fitted on the front side of the gadget for facilitating video conferencing and other essential connectivity options have been tossed in as well.

The Kindle Fire HD 8.9 is now up for grabs for the reduced rates through Amazon and even Croma retail stores across India.