We already know that Amazon is working on refreshed versions of its Kindle Fire HD series and thanks to a benchmark listing, we can now confirm some of the details which were rumored last month. While the previous generation lineup was powered by Texas Instruments processors, the upcoming models will go down the same road as most high-end tablets have today, and come with a Qualcomm processor.

One of the main competitors, Nook, faced by Amazon has left the tablet playground, leaving Google’s Nexus lineup the main reason to worry about. The search giant’s refreshed 7-inch slate is already out and a revised 10-inch model is expected to surface sometime in October. The e-commerce giant isn’t holding anything back to develop the new Kindle Fire HD series. According to a GFX Bench test listing, Phone Arena reports citing Webtrek.it as its source that the slate which goes by the name Apollo has been confirmed to carry a 2.15GHz Snapdragon 800 SOC with quad core Krait 400 CPUs and Adreno 330 graphics. 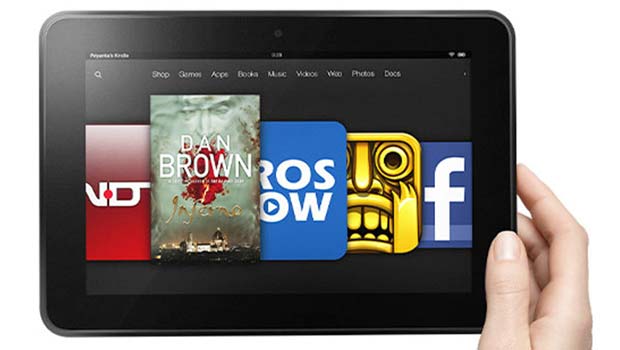 Apart from this, we’ve also learnt that the new Kindle Fire HD will have a high resolution 2560 x 1600p touchscreen. What isn’t confirmed so far is the display size of this slate, which should be the 8.9-inch model according to the details from a previous report. The 7-inch version, on the other hand, will have a 1920 x 1200-pixel panel. Memory will be standard for both tablets – 2GB of RAM as well as options of 16GB, 32GB and 64GB of storage.

The next generation Kindle Fire HD slates are likely to be officially unveiled sometime this fall. There are no price details as yet, but you can rest assure that these tablets will hit the affordable category.