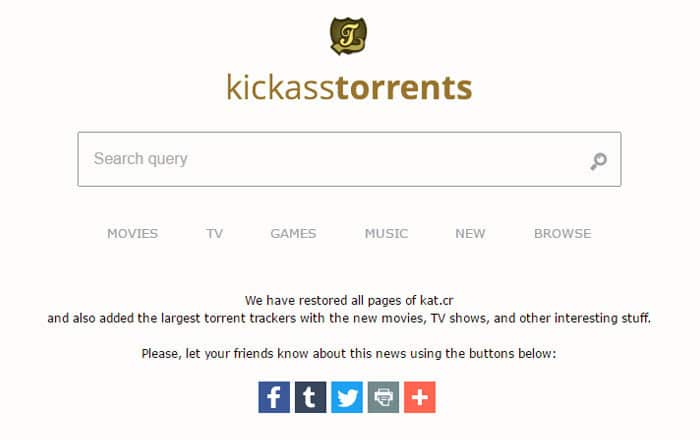 Staging comebacks is kind of a habit for torrent websites, and Kickass Torrents has just done that. After it was taken down following the arrest of founder Artem Vaulin four months ago, the website has been revived by none other than it ex-staffers, much to the delight of millions of pirates from around the world.

As it goes, Kickass Torrents is running without any hiccups right now. It looks identical to the previous version, with the gold logos and the same well recognized interface. What’s missing however, is the database that was present on the earlier website, as this new version is starting with a clean slate.

In order to fill up the database again, the staffers have brought on board a number of dedicated uploaders of the past. ‘The torrent community can continue to expect to see uploads from all the names they know and trust,’ said the Kickass Torrents team in a statement to Torrent Freak.

Also Read: Visiting torrent sites in India may get you a 3-year jail term

They have even assured users that they are looking after the website’s safety features as well. This is with regards to the alleged credit card scams that have occurred on the several mirror websites in the recent past.

Amongst all this, there is still some ambiguity regarding how long Kickass Torrents will be able to stay online, with US authorities on its tail. For now though, you can access it without any worries, but do note that it may crash on the first few attempts due to heavy traffic.