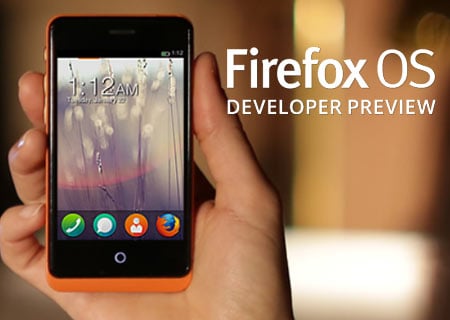 The Firefox OS Developer Preview handsets from Geeksphone which go by the names Keon and Peak are geared up for launch as the manufacturer has put them on sale with budget price tags. Do note – Both devices are aimed towards the dev community and operate on pre-released versions of the platform.

The OS in question is HTML5-based and has been around for quite some time, initially going by the name Boot to Gecko or B2G, if we may. It was back in January that Mozilla unveiled the duo and the manufacturer appears to be a bit late as the original launch was slated for February. Well, the wait is over and both handsets are available for purchase. A post on the company’s developer channel states that potential buyers can order the devices and have them shipped anywhere in the world. 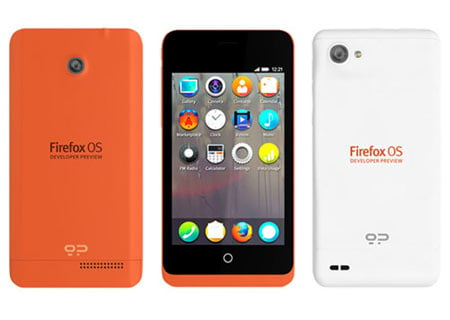 Keon is the orange-colored low-end option amongst the two. It comes equipped with a single core Qualcomm Snapdragon S1 Cortex A5 CPU that operates at 1GHz. The screen size here is quite small at 3.5inches and its HVGA resolution is way below today’s entry-level standards. A 3MP camera sits on the rear, while the innards comprise of 4GB ROM, 512MB RAM, Wi-Fi N, 3G HSPA and 2G EDGE cellular support as well as sensors such as proximity and gravity. Other features include a microSD card slot, a microUSB port, a 1580mAh battery and OTA software updates.

While the aforementioned device is what customers can expect to receive later this year, the second option carries higher specifications for developers to experiment with apps for future purposes. The CPU employed here is a Qualcomm Snapdragon S4 carrying dual cores and a clock speed of 1.2GHz. The screen size has been increased as well, to a 4.3-inch qHD IPS panel with multi-touch input. Additionally, the phone incorporates an 8MP rear camera, a 2MP front snapper, 4GB ROM, 512MB RAM and a 1800mAh battery. Connectivity options include HSPA, EDGE, Wi-FI N and microUSB. 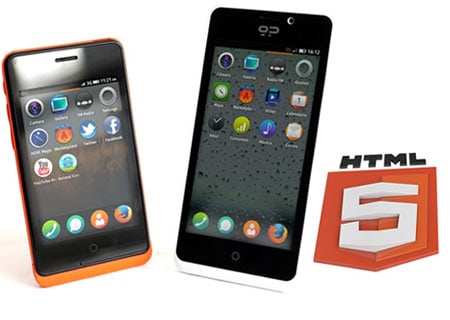 Geeksphone is currently offering the Keon for $119, while the higher-end Peak carries a $194 tag. Both devices are available for purchase through the manufacturer’s online store and can be shipped worldwide, as noted earlier. So far, the ZTE Open is the only non-developer smartphone revealed running the Firefox OS.