Kazam, a European startup company that was announced earlier this year has already designed its Thunder and Trooper lineups and unveiled 7 dual SIM handsets in the UK. Their price and availability details are yet to be revealed, but the guys at Kazam say that they will be making country-specific announcements as soon as these Android gadgets are ready to hit store shelves.

Clove has divulged through its blog post that it will be selling these devices in the near future. Details of the Q4.5 belonging to the Thunder range have been disclosed and the Q5.0 from this series will show up very soon. As for the Trooper series, it currently features phones dubbed X3.5, X4.0, X4.5, X5.0 and X5.5. 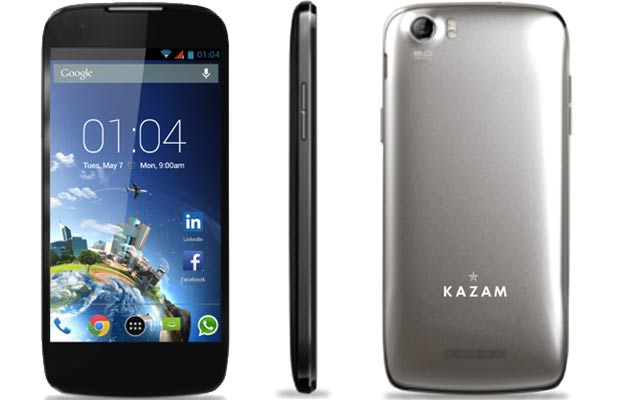 One of the advantages of choosing Kazam phones would be getting free cracked screen replacement once within a year of purchase. And the company has introduced Kazam Rescue so that its support team can remotely access the gadget to provide assistance with setting it up or resolving customers’ issues.

First up is the Thunder Q4.5, a Jelly Bean 4.2-based smartphone that shows off a 4.5-inch FWVGA IPS touchscreen of 480 x 854p resolution. The other features include an 8MP camera, a 2MP webcam, a 1800mAh battery, a 1.3GHz quad core processor and 1GB of RAM. Its 4GB onboard memory can be increased by up to 32GB. 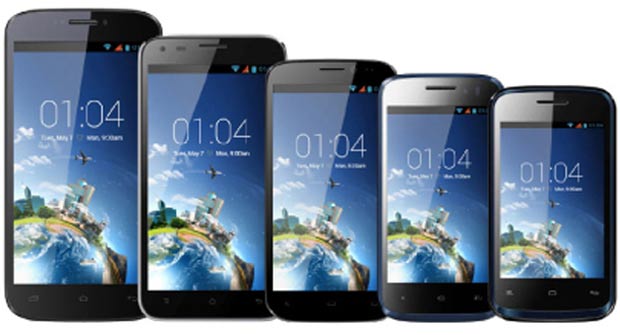 The Trooper series of phones are available in screen configurations ranging from 3.5 inches to 5.5 inches. The smallest amongst these employs a 3.2MP rear camera, while all other phones make the most of a 5MP auto focus snapper. They are fitted with webcams as well. Moreover, all the devices make the most of a dual core processor, 512MB of RAM and Android Jelly Bean 4.2 amongst other things.

Key specifications of the Thunder Q4.5:

Common specifications of the Trooper phones: