Karbonn is going up against Lava’s Fuel series with a super affordable handset of its own named Alfa A120, carrying a massive battery of 3000mAh. The device’s price tag is just Rs 4590 and it’s an entry-level release designed for new smartphone buyers with basic Android needs.

The Karbonn Alfa A120 is basically competition for the Lava Iris Fuel 10 and the iBall Andi 5F Infinito smartphones. The handset’s main advantage over these devices is its super low retail tag, making it one of the cheapest options with a power pack of 3000mAh capacity. According to the official estimates, you can expect around 18 hours of talk time from this phone which isn’t too bad considering that the competition has managed to do worse. 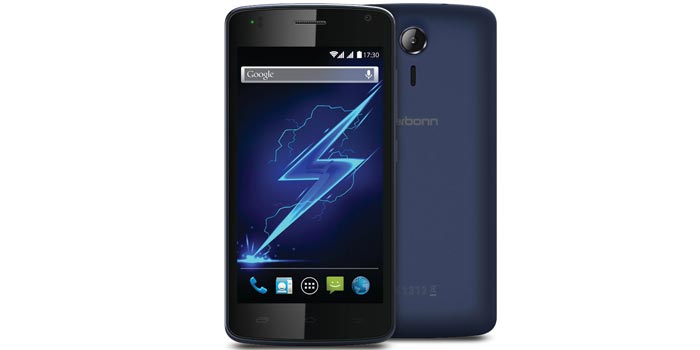 Karbonn hasn’t done much with the design and we really weren’t expecting anything out of the ordinary. The phone is fitted with a 4.5-inch display surrounded by rather thick bezels and delivers visuals at FWVGA resolution. Android 4.4 KitKat is what comes preloaded and it looks like there will not be any custom UI onboard.

Also see: Asus ZenFone 2 arrives on Flipkart with a countdown to launch

Additionally, the Alfa A120 has a 1.3GHz quad core processor to get things done coupled with a basic 512MB of RAM. Storage needs are also the lowest you’d expect, at 4GB internal memory and a microSD card slot supporting up to 32GB. Other features of the handset include a 5MP main camera, a VGA front shooter and dual SIM card slots.

Here’s an overview of the Karbonn Alfa A120 specs:

The Alfa A120 is already available for purchase in India via ecommerce websites and retail stores.