The Karbonn Titanium X is the next contender in the Indian smartphone market that wishes to give the Micromax Canvas Turbo and even the Zen Ultrafone Amaze 701 a run for their money. You can expect a full HD screen, a quad core processor and the Android OS amongst a number of other things from the gadget.

The Titanium device can be seen on a banner on the official website. It hasn’t gone up for sale as yet and its specifications that were put up along with the phone’s picture have now been taken off. Also just like the two aforementioned devices, it should fall in the mid-range category and come attached with a wallet-friendly price tag. 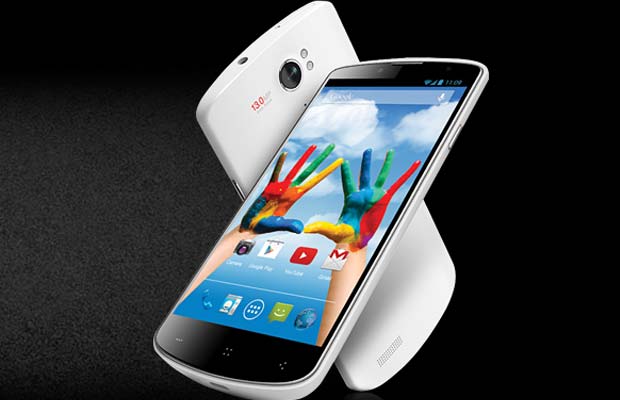 So what exactly can you expect from the Karbonn smartphone? Well, for starters, Jelly Bean 4.2 which tags along Play store support and various Google mobile services. Whether it is upgradeable or not, remains to be seen. The quad core processor can clock in a speed of 1.5GHz and has a 2300mAh battery for company.

Coming to the display, the phone provides a multi-touch real estate of 5 inches and claims to render full HD visuals. You can even look forward to NFC and a couple of cameras. A 13MP snapper with dual LED flash rests on the rear panel, while a 5MP one graces the front side.

The price of the Karbonn Titanium X is yet to be revealed.