Merely a day after launching the Titanium S5+, Karbonn has bounced back to India with the Titanium X that had shown up on the official website quite a while ago. This is Karbonn’s contender in the FHD category and is here to compete with the likes of the Micromax Canvas Turbo, Gionee Elife E6, Zen Ultrafone Amaze 701, Spice Pinnacle FHD and more.

The device has been embedded with a couple of SIM card slots and while the first bay is compatible with 3G data networks, the second one can only support up to 2G connections. And one of the main advantages of the device is its ability to display images in full HD resolution of 1920 x 1080 pixels. 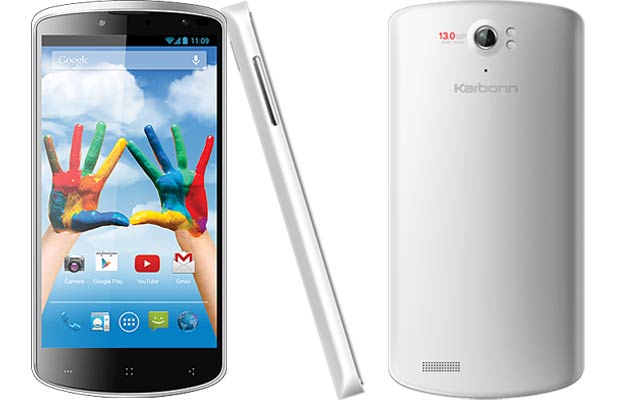 Like most of the similar mid-range devices, the Karbonn smartphone has also been fitted with a 5MP webcam that lets you capture high-quality selfies and make conference calls. And as for the primary snapper, it boasts of a 13MP lens, dual flash lights, auto focus and video recording amongst others. The Jelly Bean handset has a quad core processor and tags along an OTG cable for directly playing content saved on a USB drive on the phone.

Take a quick look at the key specifications of the Karbonn Titanium X: