Challenging the Moto E and other affordable Android 4.4 KitKat-equipped smartphones in India is the Karbonn Titanium S99 which has its price set at Rs 5999. At such a retail value, companies cannot afford to be flexible with their specifications and hence, they’re quite identical to those of others in the phone’s league.

It grabs a 4-inch IPS display on its front surface, but its resolution has been kept undisclosed by Karbonn. The Titanium S99 is fueled by a 1.3GHz quad core processor which is assisted in its operations by a 512MB RAM module. This dual SIM handset features 4GB of stock storage and it even grabs a microSD card slot for further expansions. 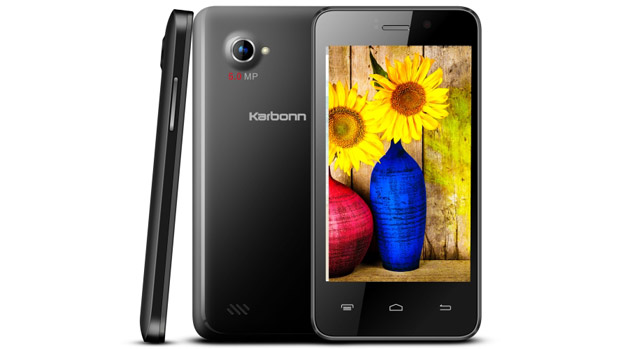 A 5MP rear camera finds its way onto the Karbonn device as well, aside from a VGA front-facing snapper. This Android KitKat smartphone is powered from within by a 1400mAh battery.

The phones it will be up against in the Indian market include the likes of the Moto E from Motorola, the Unite 2 from Micromax and the Iris X1 from Lava. These are only the prominent devices in this segment which also contains a few other affordable smartphones bearing the latest major version of Google’s mobile OS.

Here’s a neat look at the specs of the Karbonn Titanium S99:

The Karbonn Titanium S99 is set to be made available in black and white color options and like we said, its price will be set at Rs 5999 when it’s out.