We’ve seen OEMs attempt to deliver the latest features to the budget-minded for months now and Karbonn is keeping that tradition going by launching a smartphone with a 1080p display for just under Rs 15,000. The device was recently spotted on Flipkart and is being offered for pre-order.

For the price being asked, the features the Karbonn Titanium S7 delivers make it a pretty good deal, albeit the battery life here is quite a turnoff. While the listing states it to be a Li-ion type, no specific capacity has been provided. To make matters worse, the talktime derivable over 2G is just 4 hours. Well, this could be a mistake by the retailer, but it’s a possibility since the phone packs a 5-inch OGS display with 1080p visuals. 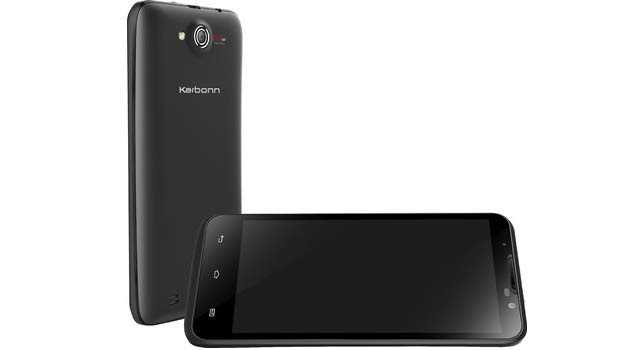 Delivering the steam here is a quad core 1.5GHz processor of unknown make. We could be looking at a MediaTek Turbo chipset based on the Cortex A7. It would be too much to ask for a quad core Snapdragon S4 Pro, now would it? There’s no mention of RAM, but you get 16GB of storage, a 32GB compliant microSD card slot and Android 4.2 Jelly Bean.

Like all budget-friendly smartphones, the Karbonn Titanium S7 is also dual SIM enabled. It features dual cameras, a 13MP rear snapper and a 2MP webcam on the front. In dimensions, it measure 72mm x 143.5mm x 9.3mm.

The Karbonn Titanium S7 should be officially unveiled in a few days’ time, but if you’re eager to grab one beforehand, head over to the listing on Flipkart by clicking here to pre-order a unit for Rs 14,999. The release date is estimated for the end of November.