Although it hasn’t been officially unveiled by its maker yet, the Karbonn Titanium S5+ has nonetheless been seen on a number of major e-retail sites in India, complete with its price tag as well as its specs. This Android-based smartphone carries an MRP of Rs 12,990, but is being sold at much lower costs of Rs 10,615 and Rs 10,990.

The dual SIM device features support for GSM connectivity on both its slots, and even grants Wi-Fi 802.11 b/g/n, GPS and USB compatibility among other basics. More importantly, it bears on its front surface a 5-inch 960 x 540 pixel IPS LCD screen, which sits alongside a VGA webcam. On its flipside though, it houses an 8MP snapper. 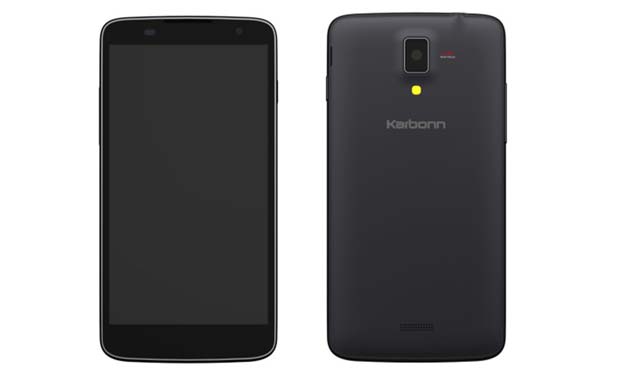 Android 4.2 Jelly Bean is the preferred OS of the Karbonn Titanium S5+, and those interested in the kind of power it hides underneath its hood may take note that a quad core processor has been delivered with the device. It has been clocked at 1.3GHz, but its make is still unknown. 1GB of RAM accompanies this setup, whereas 4GB worth of storage and a microSD card slot with a limit of 32GB are present as well.

Like we said, the Karbonn Titanium S5+ hasn’t been officially revealed as yet, but you can still buy it through Snapdeal, Saholic and Infibeam.