The Karbonn Titanium S4 has followed the Titanium X and the Titanium S5+ to markets in India without waiting for the parent company to make an official announcement regarding its availability. Although the smartphone has been listed on an e-retailer’s website, nothing has been mentioned about its release date.

It’s a dual SIM Android handset that supports 3G on the first SIM and 2G data network on the second. The device operates with the assistance of the Jelly Bean 4.2 OS, but nothing has been mentioned about a possible upgrade to KitKat 4.4 or even version 4.3. Like most of its peers, the handset acquires steam from a quad core processor that can clock in a maximum speed of 1.2GHz. 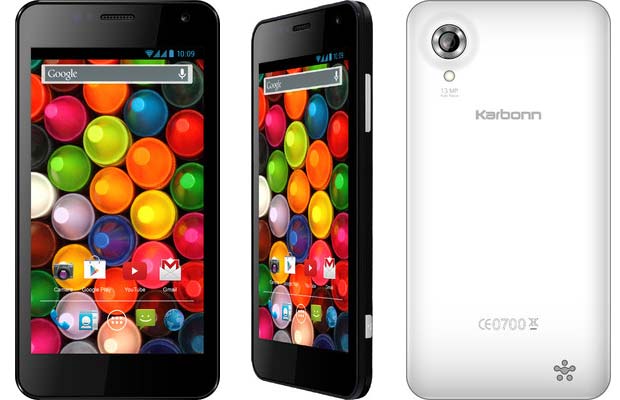 The chipset has 1GB of RAM for company and you get merely 4GB of onboard storage for hoarding digital content on the Karbonn phone. As it is likely to be insufficient, the company has carved out a microSD card slot in the chassis for expanding the memory by up to 32GB. A 4.7-inch HD multi-touch screen rests on the front panel along with a 2MP webcam and a 13MP snapper lays claim over the rear surface. The device draws power from a 1800mAh battery.

Priced at Rs 15,990, the Karbonn Titanium S4 is currently listed on Flipkart, but without launch details.

Here’s a list of the main specifications of the smartphone: