The Karbonn Titanium S25 Klick smartphone has made its debut online without any official launch from the company or even signs of its existence on the main website. The handset has been put up for grabs through ecommerce website Indiatimes Shopping where it’s retailing for Rs 7659.

The Karbonn Titanium S25 Klick is priced as an entry-level release, but it has much more to offer. The phone falls in the mid-range category and it offers some pretty good features. One of its main highlights is the rear camera which should be obvious from the name. The snapper is rated at 13MP and is accompanied by an LED flash. 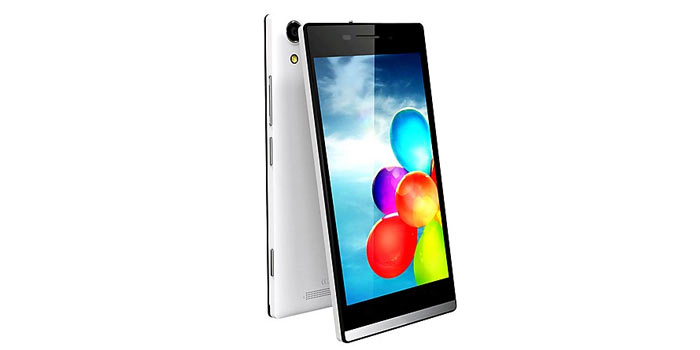 And on the front, there’s a 5MP sensor for taking selfies and high resolution videos. The Karbonn smartphone features a 5-inch 720p HD LCD panel and is powered by Android 4.4 KitKat. On the inside, there’s a 1.3GHz quad core MediaTek processor delivering the steam and it’s accompanied by 1GB RAM.

Storage on the other hand, is catered to by 8GB of inbuilt memory and a microSD card slot which supports up to 32GB. The phone also comes with dual SIM card slots and the usual connectivity features such as Wi-Fi b/g/n, HSPA, Bluetooth 4.0 and GPS. There’s a 2000mAh battery onboard to get things up and running.

Head over to this link to purchase the Karbonn Titanium S25 Klick in white.