Update (Aug 21): Karbonn has now officially launched the smartphone in India for Rs 8999.

Karbonn is getting ready to introduce a new Android KitKat smartphone in India under the Titanium S19 moniker. However, an online retailer appears to be a step ahead of the OEM as the handset in question has already been revealed and even put up for grabs ahead of the device’s launch.

The Karbonn Titanium S19 was recently spotted on HomeShop18 where it’s retailing for Rs 8999. At this price range, you’d mostly get entry-level phones, but this one is a mid-range release and it’s most likely targeted at the upcoming Redmi Note from Xiaomi. 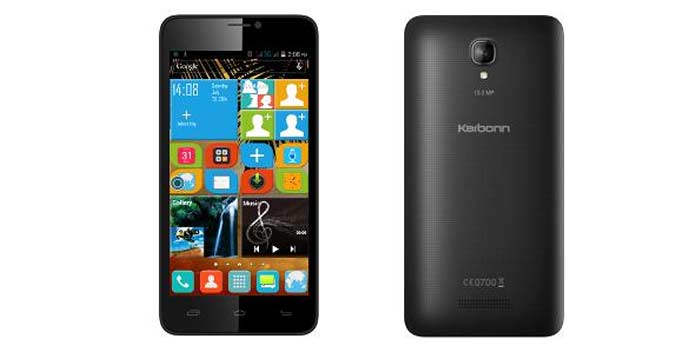 Android 4.4 KitKat aside, there are a few other components that make this device an alluring one. Firstly, it delivers a 5-inch IPS OGS display with 720p HD visuals. Then there are high-resolution dual cameras, a 5MP lens on the front and a 13MP shooter on the rear. If these aren’t enough, an entire gigabyte of RAM has been provided along with a 1.3GHz quad core processor to do the heavy lifting.

The S19 is a dual SIM smartphone and it supports 3G networks as well as other radios such as Wi-Fi 802.11 b/g/n. For storage, the handset comes with 8GB of internal memory and a microSD card slot. There are a few software enhancements onboard as well, including iFloat Touch, Gesture Mode and Multi-window.

As mentioned above, the Karbonn Titanium S19 is yet to go official, but you can purchase it now through HomeShop18 in black only.