Karbonn hasn’t made the Titanium S10 official as yet, but it has landed through sellers Snapdeal and Croma Retail nonetheless, with its price tagged at a tempting Rs 7990. This smartphone will ship with a decent array of specifications which include a 5-inch display that spews its visuals out in 720p HD resolution.

The Titanium S10 is of course a dual SIM device, and is looking to challenge the new Moto G head on with its large display and other similar components. And with the Motorola handset retailing at Rs 12999, the Karbonn device does have the low-price advantage on its side. 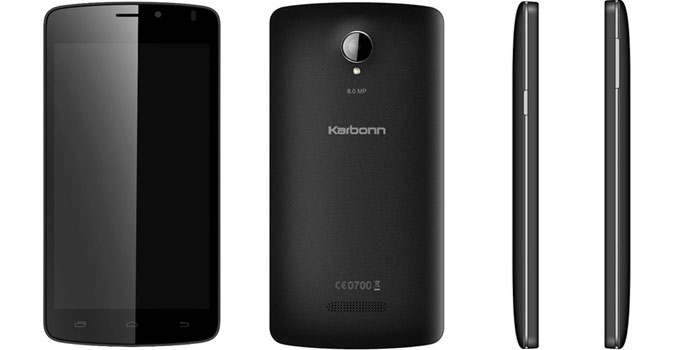 But of course, the Moto G (2nd gen) is a much premium device, considering it features front-facing stereo speakers, a Qualcomm chipset, a 2070mAh battery, the facility to change its rear shells and more. The Titanium S10 has none of these, but those seeking cheap smartphones from Indian brands certainly don’t expect to be greeted with such attributes.

Also Read: Karbonn Sparkle V is an Android One device selling in India for Rs 6399

The Karbonn handset comes with 1.3GHz quad core processor and 1GB worth of RAM onboard. AN 8MP rear-facing shooter with flash and a 2MP front snapper have also found their way onto the device.

Here’s a clear look at the key specs of the Karbonn Titanium S10:

Like we said, the Karbonn Titanium S10 can be bought now through Snapdeal and Croma Retail websites at the above mentioned price of Rs 7990.