Karbonn Titanium S1 Plus quietly goes up for sale for Rs 5,749 in India

The Karbonn Titanium S1 Plus smartphone is yet to be launched officially in India, but an eretailer has already put it up for sale and promises to deliver it this week itself. The entry-level device will refrain from digging a huge hole in your pockets as its price stands at under Rs 5,750 and it still manages to cram in a lot of the essential features.

The Karbonn Titanium S1 Plus builds up on the success of the S1 smartphone and comes drenched in the shades of black and white. Its entire front panel is dominated by a 4-inch 800 x 480p capacitive touchscreen which is accompanied by a G-sensor, a proximity sensor and a light sensor. A 0.3MP webcam is also present for video conferencing purposes. 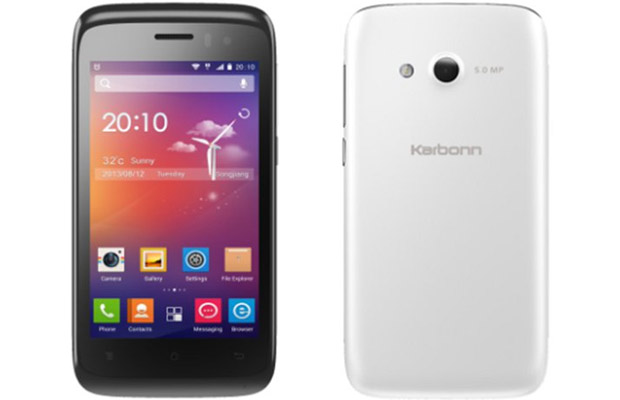 On the rear panel, the company has fitted a 5MP camera complete with LED flash and other essential features like digital zoom, video recording and much more. It is based on the Android Jelly Bean 4.3 OS, but a KitKat software update does not seem to be on the cards. The handset’s multitasking properties are taken care of by a quad core processor ticking at 1.2GHz and it makes the most of a 1500mAh battery too.

The device’s total onboard memory amounts to 4GB and it is possible to increase it further using a microSD card of up to 32GB capacity. And the device’s quad core processor has 1GB of RAM for company to maintain smooth multitasking and navigation. The dual SIM phone is compatible with 3G networks and tags along Wi-Fi, Bluetooth, GPS and a USB port amongst other things. 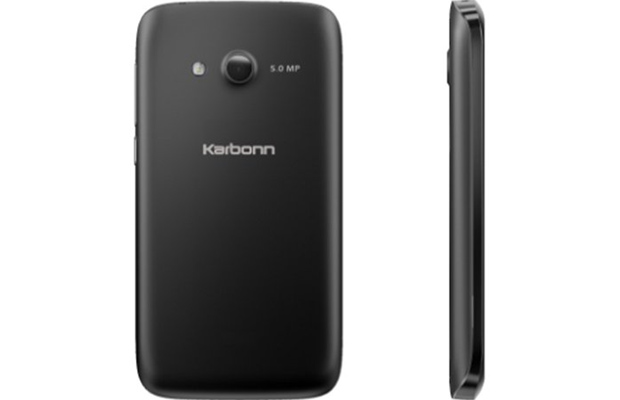 The Karbonn Titanium S1 Plus is currently up for sale through Saholic for Rs 5,749 and it will start shipping by May 2.

Key specs of the Karbonn Titanium S1 Plus: