There’s a new affordable smartphone on the block in the form of the Karbonn Titanium Mach One Plus which has its price set at an impressive Rs 6999. This device runs the Android 5.0 Lollipop OS which is a good change considering that most low-end devices are still choosing to opt for the KitKat variant of Google’s mobile OS.

The software on the dual SIM Karbonn Titanium Mach One Plus features SwiftKey Keypad-integration which will lets users type in up to 22 Indian languages. And that’s not the only software add-on included in its offerings.

A Smart Awake function enables lockscreen notifications, whereas Multi Gesture allows access to preferred functions with 2-finger swipes. And then there’s even Smart Eye Gesture which pauses a video when you take your eyes off the Titanium Mach One Plus’ display. 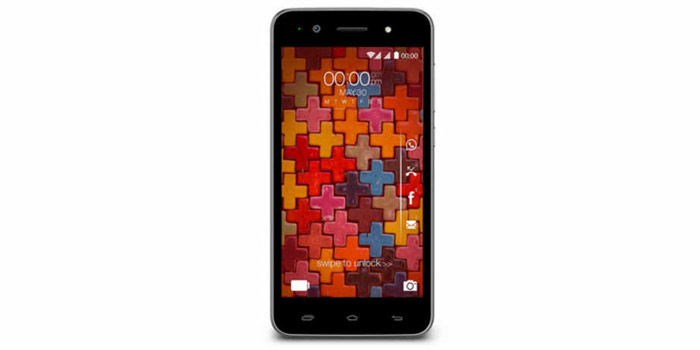 Coming towards the hardware of this Karbonn handset, it is highlighted by a 4.7-inch 720p HD display and a 1.3GHz quad core processor. There’s 2GB worth of RAM onboard as well, aside from 16GB of expandable storage.

The photography and video shooting needs of users are taken care of by an 8MP rear camera and a 5MP front snapper. As for the battery, a 1800mAh power pack can be found powering the Titanium Mach One Plus from within.

A quick look at the key specs of the Karbonn Titanium Mach One Plus:

The new Karbonn Titanium Mach One Plus is ready to be sold in India not only through retail stores but also via e-commerce websites soon. Like we said, it will be made available at Rs 6999.