Karbonn has released a new smartphone for the affordable market in India under the Titanium Dazzle branding and it’s touting the latest addition with support for a vast roster of local languages and at an attractive price tag. The handset has been launched for Rs 5490 and it tags along various software enhancements.

Android 4.4 KitKat is what comes preloaded with the Karbonn Titanium Dazzle and there are a lot of goodies bundled as well. With gesture support, you’ll be able to perform various tasks through simple swipes across the display, like skip songs. Then there’s Smart Eye which basically tracks your eye movement during video playback and pauses the screen when you look away. 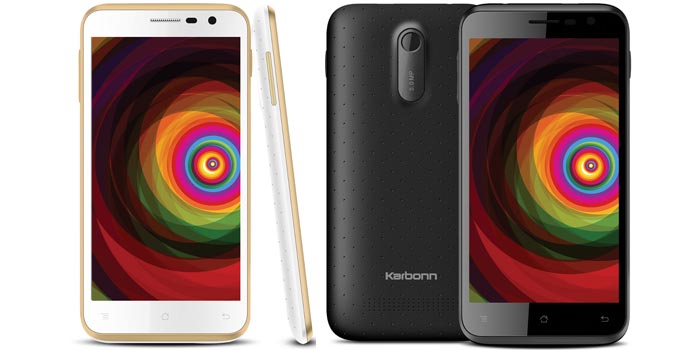 The Karbonn handset will go up against the Micromax Bolt A82 and Lava Iris 465 smartphones, both also supporting various Indian languages. The device in question is the most expensive out of the three, but has its advantages. Firstly, it offers pretty decent looks where the rear has a dotted finish. It even packs some good hardware.

The display is a 5-inch FWVGA IPS touchscreen and a 1.2GHz quad core processor delivers the steam. The Titanium Dazzle offers 1GB of RAM, while the aforementioned phones packed half the memory. And for storage, there’s 8GB internal and 32GB expandable. Apart from these features, the smartphone also comes with dual SIM support, HSPA+, a 5MP rear camera, a 2MP front shooter and an 1850mAh battery.

The Karbonn Titanium Dazzle is available in black and golden white shades.