The Karbonn ST72 tablet which has just been launched in India spells nothing but drab if its specifications are to be looked at. However, you find very few complainants when the price of such a product is as low as Rs 6248.

It’s due to this that Indian manufacturers are choosing to stick to the tried and tested approach that’s devoid of any innovation, and as a result tablets like Karbonn ST72 keep sprouting up from time to time. A similar situation existed in the Indian smartphone market as well, but the entry of devices like the Moto G and the Moto E forced the manufacturers to take newer steps, thus making the market a productive one. 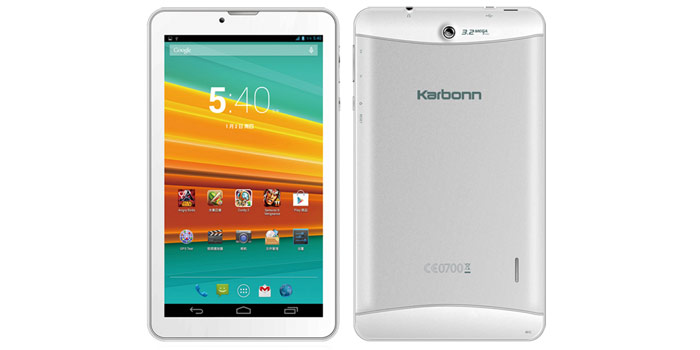 Anyway, this Karbonn slate gives you nothing out of the ordinary; that’s what our point is. You’ll find a 7-inch 1024 x 600 pixel display placed on it, while a 1.3GHz dual core processor will be found powering its operations, taking assistance from a mere 512MB worth of RAM. Android 4.4 KitKat is the only positive point here, in case you’re looking for one.

The ST72 is a voice calling tablet, and hence features dual SIM card slots. It has been equipped with a 2800mAh battery, while a 3.2MP rear camera has also been granted to it.

Here’s a quick look at the specs of the Karbonn ST72:

The Karbonn ST72 is available for purchase now via Snapdeal and Amazon in exchange of Rs 6800 and Rs 6248, respectively.