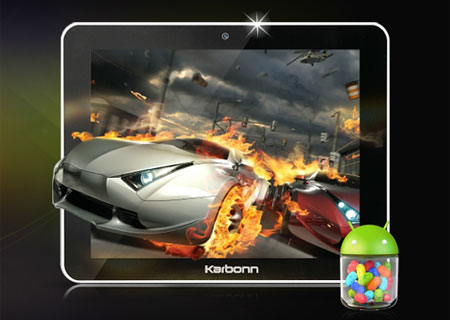 The price in India for the Karbonn Smart Tab 8 Velox has been revealed through a few online retailers in the country. It brings Wi-Fi connectivity as well as dual cameras and a few pre-loaded apps including Facebook, YouTube and Flipboard. Adding to this we have processing power at 1.5GHz and a multi-touch capacitive screen.

The main highlight of the Smart Tab 8 Velox is that it runs on Android v4.1.1 Jelly Bean. This means that there should be no nagging doubt in the back of users’ minds when it comes to having the the newest Google platform. Notifications are enriched and widgets re-sizable, allowing for a greater level of personalization. 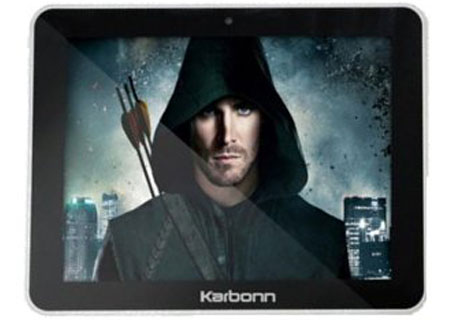 Dual cameras are also a nice feature with a 3MP primary snapper on the rear panel of the device. A secondary webcam of VGA resolution makes it way to the front panel and can act as a vanity mirror. It can also be used for video conferencing over the Internet as the tablet comes with Wi-Fi 802.11 b/g/n connectivity.

In terms of offering users a visual experience, the tablet features a 20.3cm capacitive touch screen – that’s approximately 8 inches of screen – which is capable of 5-point multi-touch. Screen resolution stands at 1024 x 768p. The company says the device has a 3D G-sensor for a more immersive gaming experience. And keeping it neatly powered is a 4500mAh battery in what the company refers to as being able to deliver marathon output. 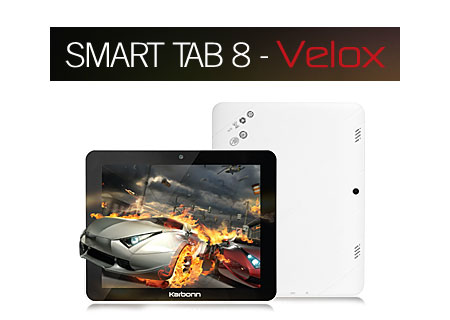 All the slab’s needs are taken care of by a dual core 1.5GHz Cortex A9 processor, while chaperoning the added load of gaming is a dual core GPU. The device which falls in the company’s Duple series has 1GB of RAM for quick response. Users can also expect 1.5GB of on-board storage as listed on the e-commerce platforms, expandable up to 32GB via a microSD card.

The Karbonn Smart Tab 8, dubbed the Velox is available for Rs. 7,025 on e-retailer Saholic, at 6 percent off, down from its standard cost of Rs. 7,490. Flipkart on the other hand is selling it for Rs. 7,290, while other online retailers including Snapdeal, HomeShop18 and Infibeam don’t have the slab listed for sale yet.