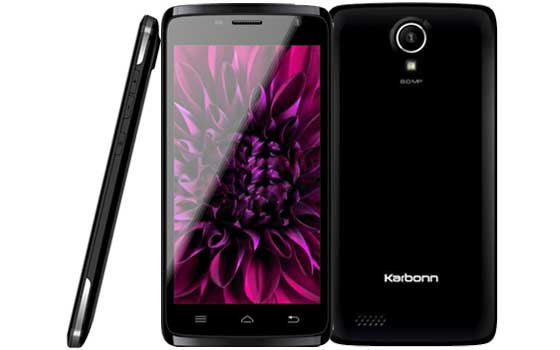 The Karbonn Smart A27+ and its price details have soundlessly entered a couple of online shopping outlets in India, without as much as a word from the manufacturer concerning the rollout. Forming a part of the profile, the handset has come to the fore with version 4.1.2 of Android Jelly Bean, flashing a wallet-friendly tag.

Seen on the device’s front panel is a 5-inch capacitive display flaunting visuals at a 540 x 960 pixel resolution. For a low-budget smartphone, the Smart A27+ comes with a camera touting an 8MP sensor and an LED flash. At the same time, a VGA webcam shares space with the screen and assists in the process of video conferencing.

Going up against the likes of the Magicon UltraSmart Q50 Magnus and the Micromax Canvas Lite A92, the Smart A27+ bags a dual core processor scaling up to 1.2GHz. In terms of memory, the smartphone allows internal storage of up to 4GB capacity. Further expansions are encouraged by the inclusion of a microSD card slot which is compatible with a TF card of up to 32GB, while 512MB of RAM also exists in the device. 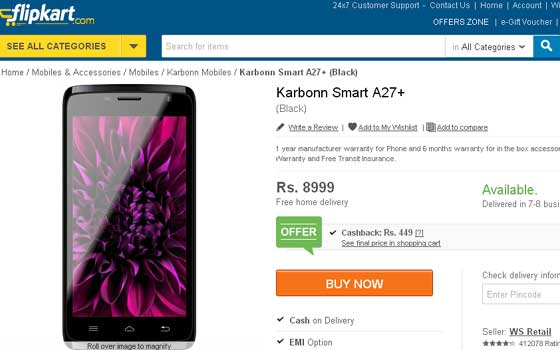 The phone should grant approximately 4 hours of talk time to 3G users and 7 hours of the same to people on 2G. As for standby, the Smart A27+ might just survive for a span of 400 hours on GSM networks. Connectivity features include Wi-Fi 802.11 b/g/n, mobile hotspot and Bluetooth.

Flipkart is selling the Smart A27+ with a price tag of Rs 8,999, whereas those purchasing the device from Infibeam will end up shelling out Rs 9,499.