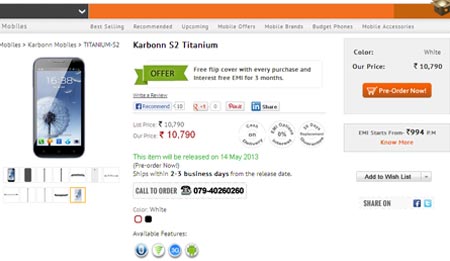 Karbonn has announced the launch of the S2 Titanium in India, with the product price out the device is now up for pre-order in the country through select online retailers. Its release date has been divulged to be May 14.

The Karbonn S2 Titanium extends support to a couple of SIM cards at the same time, thanks to two dedicated slots. Its front panel is graced by a capacitive display of FWVGA (854 x 480p) resolution offering a multi-touch real estate spanning 5 inches diagonally. A 2MP front-mounted webcam acts as an accomplice to the screen and allows users to make face-to-face video calls over the web. The rear panel houses an 8MP snapper with functions like auto focus, LED flash and the ability to record decent-quality videos.

Prospective customers can expect the device to be capable of supporting more than a single application without lagging, as the company in question has blessed it with a quad core chipset which claims to clock in a maximum processing speed of 1.2GHz. Along with the dual SIM card slots, the smartphone has also been embedded with an expansion bay to extend support to a microSD card of not more than 32GB capacity. 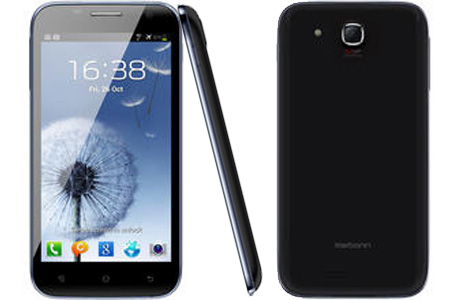 Furthermore, the phone attributes its intuitive interface to the Android Jelly Bean 4.1 platform. It employs the essential sensors and has features that work towards keeping users entertained at all times. These include FM radio as well as an audio and video player. And as the device allows accessing the Google Play store, consumers can also download games and other apps on their handsets.

The responsibility of keeping it charged for a long time has been assigned to a power pack of 2100mAh capacity. The device sports a 3.5mm headphone jack for connecting audio peripherals and has GPS for turn-by-turn navigation. The Bluetooth-enabled gadget is compatible with EDGE and 3G mobile networks, while built-in Wi-Fi helps connecting it to a hotspot for web access.

Interested people can head to Infibeam and pre-book the Karbonn S2 Titanium that carries a retail price tag of Rs. 10,790 in India. It will release in stores exactly after a week. 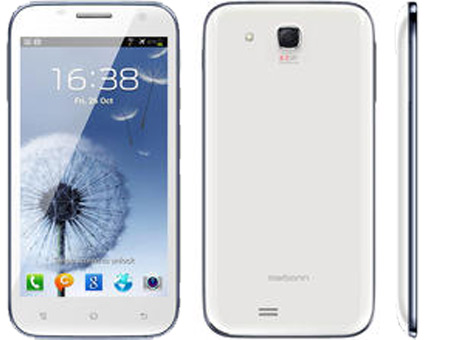 Key specifications of the handset at a glance: