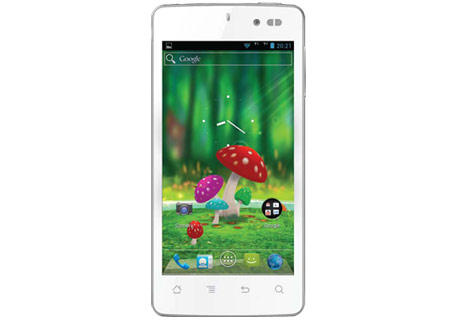 The price for Karbonn S1 Titanium has been made official and the smart device comes bearing the latest Google platform along with a quad core processor. The inclusion of dual SIM capability is something that’s becoming increasingly frequent, but we’re just starting to see Indian manufacturers bundle the new Google OS with their phones.

On that note, the S1 Titanium, we should say, does well to deliver a taste of Jelly Bean to its users. There is a 4.5-inch capacitive multi-touch display which throws up images and video at a resolution of 540 x 960 pixels which would make it qHD. A 1.2GHz quad core processor is definitely one of the phone’s highs.

1GB of RAM that helps tasks run smoothly and the 4GB of internal memory expandable up to 32GB via a microSD card slot is all fine, but what might bother potential buyers is the fact that the smartphone only has a 1600mAh battery. The company claims it is capable of delivering about 4 hours of talk time on a single charge or approximately 200 standby hours. 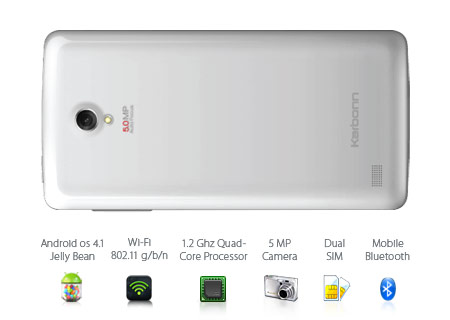 There is a 5MP camera on the back panel that comes with auto focus and LED flash capabilities, while the front gets a webcam probably of VGA resolution. And although Bluetooth and Wi-Fi connectivity options exist, the front snapper will likely have to be used for video chat through Skype or similar apps, as 3G isn’t officially listed.

Lastly, the device which makes its way into the company’s Smart lineup offers dual SIM capabilities, but the company hasn’t divulged specifics about this feature, like whether both cards will be active at the same time. It measures 66 x 134.6 x 9.25 millimeters in dimensions.

The Karbonn S1 Titanium is available in the country for Rs. 10,990. It will come in black and white color options and offer GPS accessibility to its users.

Take a quick look at the specifications we’ve spelled out below.