The Redmi 1S from Xiaomi is getting a new competitor in the form of the Machone smartphone from Karbonn that has gone on sale with an impressively low price tag of Rs 6990. Now, there are many devices available for similar amounts, but what makes this release a noteworthy one is that it offers some pretty great features which are a bang for your buck.

The Karbonn Machone sure has an unusual name, but it also goes by the Titanium S310 moniker. The phone doesn’t have much to offer in looks, but its beauty lies on the inside. For the amount being asked, you get a 1.3GHz quad core processor doing the heavy lifting with 1GB RAM and 8GB storage. 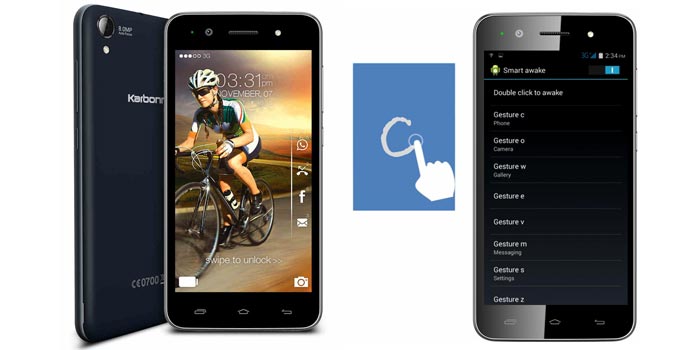 Android 4.4 KitKat is available out of the box and there’s a guaranteed update to Lollipop being promised. However, there’s no telling when the new firmware will be made available. The Machone’s front panel is fitted with a 4.7-inch 720p HD display and a 5MP selfie camera. The rear has an 8MP shooter and an LED flash.

The Karbonn Machone is yet to be officially launched by the company, but it’s already available for purchase through Snapdeal where you’ll also get free data usage from Aircel.