Microsoft’s Lumia 530 smartphone is no longer the cheapest Windows Phone 8.1 device in the Indian market as the Titanium Wind W4 from Karbonn has wrestled that title for itself now. The handset has been released in the country priced at just Rs 5999, making it more than Rs 500 cheaper compared to the former handset.

The Karbonn Titanium Wind W4 is certainly an unexpected launch and it matches the Lumia 530 in specs. However, the Microsoft phone still has the advantage thanks to exclusive software enhancements from the Redmond giant. The handset from the Indian OEM runs on Windows Phone 8.1, but there’s no mention if it has the latest features preloaded. 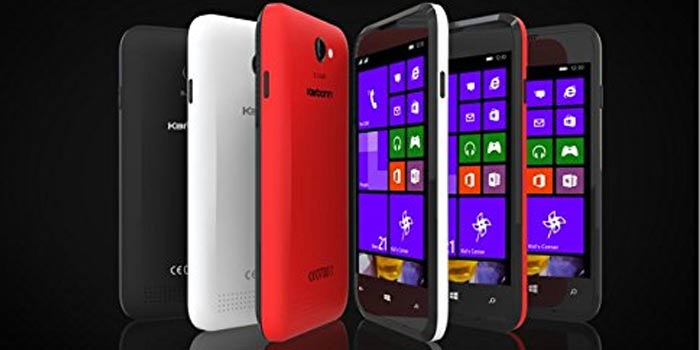 Design-wise, the phone looks pretty average, but it does come in multiple colors of white, black and red. And like most budget handsets, this one tags along dual SIM card slots. Qualcomm’s Snapdragon 200 quad core processor clocked at 1.2GHz does the heavy lifting with memory in the handset of 512MB RAM and 4GB ROM.

Also see: Microsoft to drop Nokia name from upcoming Windows OS devices, but that’s not all

As you’d expect, a microSD card slot is also onboard and there’s 15GB of free OneDrive cloud storage as well. Visuals are delivered through a 4-inch WVGA panel and there are dual cameras, a 5MP rear shooter and a VGA front snapper. Sadly, there’s no mention of the battery capacity.

The Karbonn Titanium Wind W4 is available for purchase exclusively through Amazon India and only the white version is being offered at present.