Along with Micromax and Spice, Karbonn too has an Android One device out in India right now in the form of the Sparkle V, though the launch of its Titanium S20 handset seems to be showing lack of confidence in the former phone from the company. We assume that’s the case because its specs are almost the same as those of Android One smartphones, though it is priced way lower at just Rs 4999.

This seemingly makes it an Android One gadget without any involvement from Google. It’s a dual SIM phone which comes with 500MB worth of free data per month for three months, but only for Aircel subscribers. 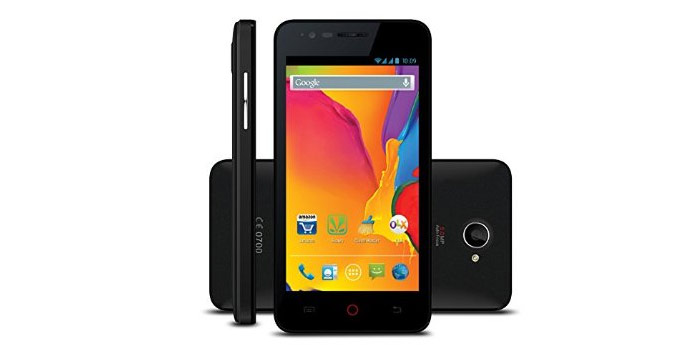 The Karbonn Titanium S20 features a 4.5-inch FWVGA display and runs on a 1.3GHz quad core processor. This CPU is assisted in its operations by a 1GB RAM module. A 5MP camera sits pretty on its rear surface, while a VGA snapper occupies space on its front.

Also Read: Karbonn Sparkle V is an Android One device selling in India for Rs 6399

The handset ships with 4GB of storage and a microSD card slot for additional hoarding capacity. It has been laced with the Android 4.4 KitKat OS, and carries inside its body a 1600mAh battery.

Here’s a good look at the specs of the Karbonn Titanium S20:

The Karbonn Titanium S20 is an Amazon exclusive, and costs just Rs 4999 which is Rs 1000 cheaper than what the similarly spec’d Karbonn Sparkle V is currently being offered at via Snapdeal.