Given the extremely low price tag which has been affixed to the Karbonn A50S, one wouldn’t expect much from this handset and they really shouldn’t. Priced at just Rs 2,790, it gains a measly array of specifications which echo ‘entry-level’ with much gusto.

The A50S features a 3.5-inch TFT LCD capacitive touchscreen display which showcases its visuals in an HVGA resolution of 480 x 320 pixels. This Karbonn phone is powered by the Android 4.2.2 Jelly Bean OS which is another outdated spec it carries. 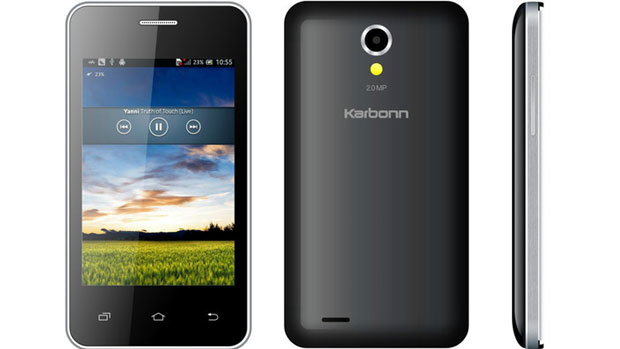 Underneath its hood lies a 1.2GHz dual core processor from MediaTek and a paltry 256MB worth of RAM. Its storage memory is a mere 512MB, and thankfully there’s a microSD card slot present on it for expansions of up to 32GB.

Sized at 61.8mm x 115.7m x 10.5mm, the A50S benefits from a 1100mAh Li-Ion battery. It carries on its rear surface a 2MP camera, and for video calling purposes it grabs a 0.3MP front-facing snapper. This one’s a dual SIM phone which apparently supports a mini SIM on one slot and a micro SIM on another.

Here’s a brief look at the specs of the Karbonn A50S:

Like we said, the Karbonn A50S has been priced at Rs 2,790. At this retail value, it could very well be the cheapest Android phone out right now. It can be grabbed via Flipkart.