Karbonn A29 price in India shows up via online retailer

The company that gave us the Smart A27+ is back with the Karbonn A29 which has been released in India through Saholic at a price marked below Rs 9,000. A look at the specifications packed into the smartphone seems to indicate that the price belies the features users can expect of it.

So without further ado, here’s a run through the key specs of the A29. The handset gets its kicks from Android Jelly Bean 4.1 and a 1.2GHz dual core processor. There’s nothing about how much RAM is squeezed into the device, but it’s not likely to cross 1GB. In terms of hoarding space, there’s 4GB onboard, out of which 2.5GB is user accessible. In case the storage capacity is insufficient, Karbonn has added the option to pop in a 32GB microSD card. As is the case with most mid range phones entering India of late, this one’s a dual SIM competitor too. 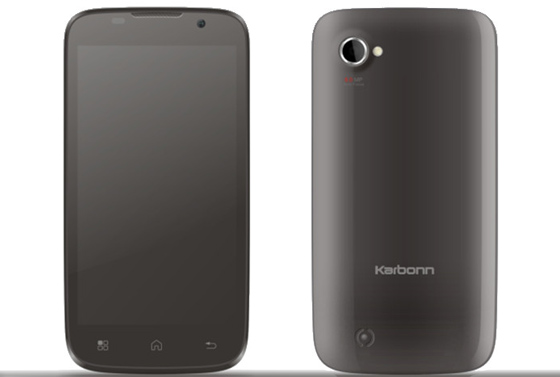 A 4.7-inch LCD touchscreen throwing out visuals in a 960 x 540p resolution and integrating IPS technology for better viewing angles, is nailed across the front panel. Sitting above this a 2MP camera for making voice calls over 3G or Wi-Fi and what not. But it’s not the only lens on the phone. There’s also an 8MP sensor with LED flash on the rear side. A 2000mAh battery has been embedded into the chassis, though the talk time and standby time haven’t been mentioned.

The Karbonn A29 can be purchased through Saholic in India at a price of Rs 8,990. For Rs 135 extra, the retailer will also throw in a 1-year Worldwide Theft Insurance deal.