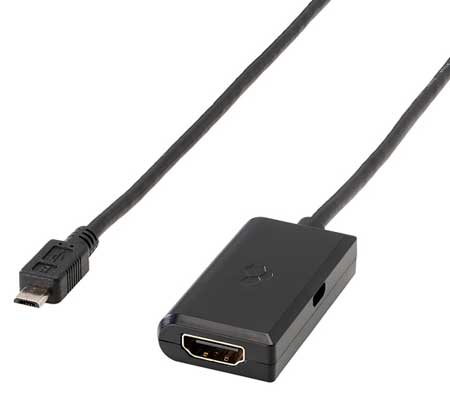 The Kanex 10-foot MHL adapter and MHL passive cable are now available on the company’s official website. These should allow users to connect their mobile devices to HDTVs and splash content onto larger screens.

The adapter and the cable churned out by Kanex, are designed to stream 1080p videos at 60Hz image quality with 7.1 channel surround sound onto a larger screen. The 10-foot long cable means enhanced flexibility for users and the freedom to move about. The HDTV in question can even be transformed into a desktop of sorts with the adapter’s capability to connect computer peripherals, namely keyboard and mice. The MHL passive cable is said be designed for Toshiba WL800A, Samsung UN46D7000 displays and forthcoming 2012 HDTVs.

A compatible mobile phone’s microUSB port can not only be used to connect either the adapter and the passive cable to create an HDMI interface, but also to keep the device charging at the same time. Along with dishing out content onto an HDTV, the involved handset when in MHL mode, may be simultaneously employed to receive calls or send emails and more, for allowing users to multitask. 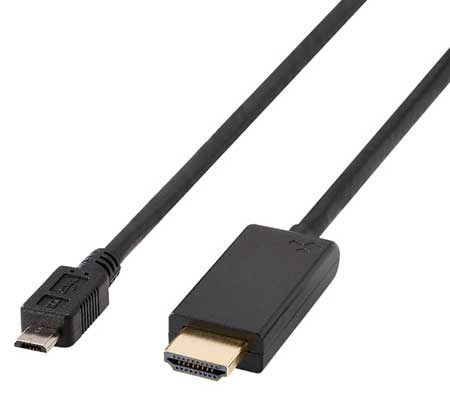 “As more MHL-enabled products enter the market, having the right accessories in place is an important piece of the ecosystem,” comments Tim Wong, President of MHL. “The release of the 10ft MHL-to-HDMI adapter cables and 10ft MHL enables for legacy and MHL-enabled TVs from vendors such as Kanex gives users greater flexibility and convenience when using MHL technology inside their homes or offices – whether it’s playing games, showing presentations or watching movies.”

The Kanex 10-foot MHL adapter and MHL passive cable can be purchased at prices of $34.95 and $14.99, respectively from the company’s official website.