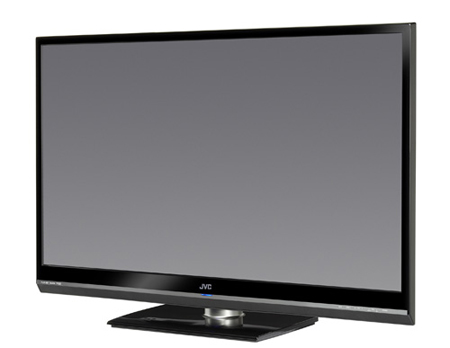 JVC has introduced thinnest LCD TV with built-in TV tuners. The latest TV is 2.9 inches deep at the center and slim down to 1.5 inches at the borders. The 42-inch LT-42SL89 and the 46-inch LT-46SL89 are the two models which will appear in thinnest TV series from JVC. The slimness is a result of newly developed backlight unit and power supply substrate.

The backlight is nearly 40 per cent slimmer than the old panel. Also the slim TVs are ligh weighted and consume lesser power. They weigh just 26.5lbs and consume 145W of energy.

Both JVC TVs will offer 1920×1080 (1080p) resolution. Moreover, they feature three HDMI, two components, one S-Video in and a PC input. Next age touch sensor controls will incorporate with LT-42SL89 and LT-46SL89 TVs instead of traditional buttons. A USB port and an illuminated universal remote that will also control other components of users are attributes of the slim TVs.