Motorola Moto fans in UK and India, mark your calendars for May 13

In a move that shows exactly how successful the company has been in the India, Motorola announced that a concurrent event will take place on May 13 in the country along with the one that is to be held in London. The company is sending out invitations to this gala without mentioning what it is all about, but speculation has already forced us to expect a Moto E smartphone that will be cheaper than the Moto G.

Predicted to be sold at a price below Rs 10,000, this device has been described with the phrase, ‘Made to last. Priced for all.’ The launch will take place in New Delhi on May 13, but its unlikely that the handset will be made available for purchase on the same date. 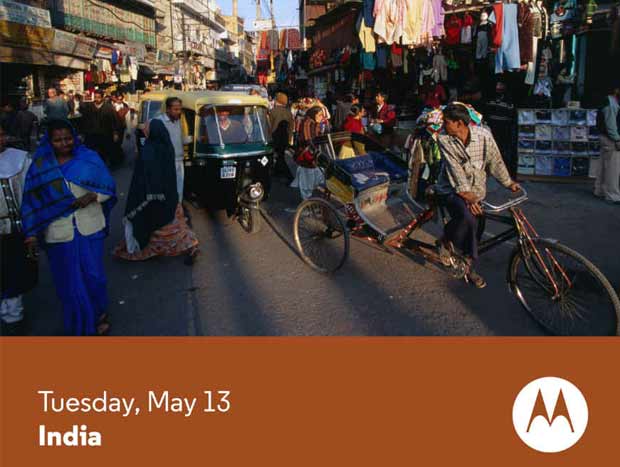 Past leaks have talked about the Moto E as a cheap phone packed with high-end components that don’t match its price. It will apparently grab a 720p HD display of 4.3 inches in size. It’s said that a 1.2GHz dual core processor will also form part of its offerings, aside from 1GB worth of RAM.

The new Motorola device could feature 4GB of memory on it which would mandate the presence of a microSD card slot. A 5MP main camera also forms part of its offerings supposedly.

We’ll have more on the Moto E or whichever Motorola device is to be unveiled at the May 13 event when additional details about it are out.

In the meantime, have a look at the rumored specs of the Moto E: