Judge rules for MPAA in TorrentSpy Case, accusing its Website Operators of Tampering with Evidence 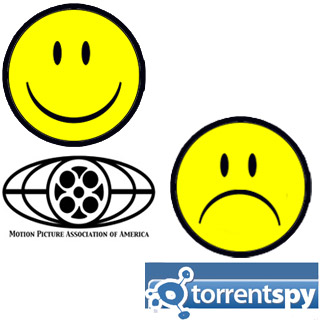 A Piracy case that was brought to court by MPAA (Motion Picture Association of America) against TorrentSpy has been terminated by a Los Angeles judge.

Several questions have popped up in wake of this case. But all the same with the latest move, TorrentSpy is set to face penalties and order that will shut down the site.

Several companies, including Viacom dragged TorentSpy to court, accusing it of wrongly prompting internet users to movies that could be illicitly downloaded with the BitTorrent software. On the other hand, TorrentSpy tried saving its neck by stating that all it did was direct users to other sites via indexes and never indulged in distributing the files.

U.S. District Court Judge Florence-Marie Cooper ruled that site operators Justin Bunnell, Forrest Parker and Wes Parker deleted evidence by taking down posts from discussions about illegitimate downloads. According to Cooper, TorrentSpy operators did not make any effort to stop illegal downloads and lied under oath to hide the fact that they destroyed evidence.

In a statement, John Malcolm maintained, “The court’s decision is a significant victory for MPAA member companies and sends a potent message to future defendants that this egregious behavior will not be tolerated by the judicial system.” Malcolm added, “The court clearly recognized that defendants engaged in evidence destruction because they knew that such evidence would prove damaging to them. The sole purpose of TorrentSpy and sites like it is to facilitate and promote the unlawful dissemination of copyrighted content. TorrentSpy is a one-stop shop for copyright infringement and we will continue to aggressively enforce our members’ rights to stop such infringement.”

Though TorrentSpy’s American operations have been discontinued, all the same the international operations are still running.

Cooper has not determined an amount for damages. On the other hand TorrentSpy plans to appeal.