Gamers might be busy revisiting their 8-bit memories with last week’s Nintendo downloadable games, but the latest list too has a fair share of excitement packed into it. Johnny Kung Fu is out now for the 3DS with its fast paced fighting action, while Nintendo’s 8-bit summer promotion gets two more games – Kirby’s Pinball Land and The Sword of Hope II, to add to its collection.

Johnny Kung Fu is an old school action game which revolves around an everyday man who’s girlfriend has been kidnapped by a mysterious villain known as Mr. Wang. He must now chase the kidnappers while fighting bad guys in order to ultimately rescue her. This title sells for the 3DS on the eShop at a price of $5.99.

Both the 8-bit classics released this week are Game Boy titles first launched in the 90s. While Kirby’s Pinball Land offers three different pinball games, The Sword of Hope II is a role-playing game consisting of numerous puzzles. These games go for $3.99 and $2.99, respectively. Under the Game of the Weekend deal, the previously launched Mighty Switch Force! is being sold at a discounted rate of $2.99 till July 15.

The final 3DS exclusive to have arrived this week is a card game titled Sweet Memories: Black Jack which is priced on the eShop at $3.99. For the Nintendo DS, two new games are available now. These include a math game named Ace Mathician and a puzzle title dubbed Candle Route, both of which are purchasable in exchange of 200 Points each. 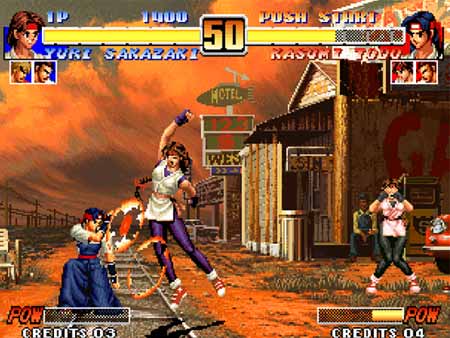 Wii owners also have something new to dive into this week, as Frogger: Hyper Arcade Edition has been launched through the Wii Shop Channel. This fresh addition to the classic series features all new game modes as well as various other traits. The third installment in The King of Fighters game series released way back in 1996, and this game is now available for download under the Virtual Console section of the Wii Shop Channel at 900 Points.

Along with all these Nintendo downloadable games, a new clip for the Nintendo Video service has also been released in the form of Windows Down by Big Time Rush.