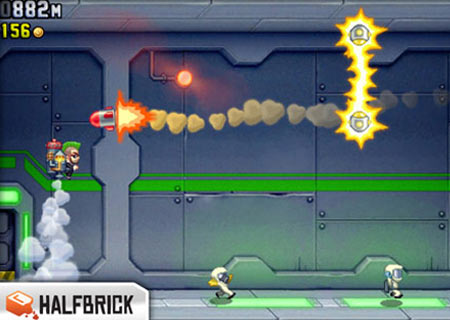 The makers of the popular mobile app Fruit Ninja, recently announced that the Jetpack Joyride game is available on Facebook. Unlike its iOS counterpart, this public beta release will allow users to compete against each other on the SNS.

The game follows protagonist Barry Steakfries on his adventure as he runs through various scenarios in efforts to escape ‘a shower of bullets, rainbows, bubbles and more,’ within the side-scrolling environments. The title basically takes place inside a secret evil laboratory that has no shortage of jetpacks and obstacles. Throughout their journey, players will be able to save and post screenshots to Facebook straight from the application.

“With Jetpack Joyride’s success on the iOS platform, it only made sense for us to bring Barry and his mischievousness to the entire Facebook community,” commented Phil Larsen, chief marketing officer at Halfbrick. “The active and casual nature of Facebook gaming allows us to do even more with the beloved franchise and focus on the game’s addictive competitive elements and endless replayability.” 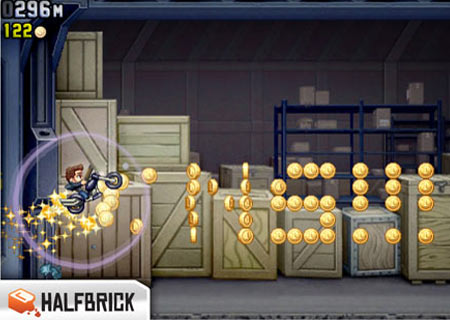 Through this release, players are most likely to get more on the competitive side and challenge others online. The game puts users against each other in an obstacle dodging fight to the finish. On their way, collecting coins obtains high scores, while microtransactions and achievements enable players to purchase upgrades. They include x-ray specs, score boosting bombs and a golden piggy jetpack. There are various vehicles to pilot as well.

Based on Halfbrick’s chart-topping mobile version, Jetpack Joyride is available on Facebook as a free-to-play game.